On Friday night (27th), Metallica were forced to postpone their upcoming Australian and New Zealand tour due to frontman James Hetfield having to “re-enter a treatment program to work on his recovery again.” The band made the announcement coincidentally on the 33rd anniversary of late bassist Cliff Burton’s death as fans have been worried on Papa Het’s condition. Since the news arrived just in time for the weekend, people in the metal community have been sharing their support.

“Sending thanks to all of you out there sending your support to us.”

Sending thanks to all of you out there sending your support to us. 🤘⚡️🖤 #MetallicaFamily

Slipknot, who were scheduled to be the group’s special guests are working to determine their next steps:

“To our Australian and New Zealand fans and family,

We only recently heard the news about the tour being postponed, and we are working as quickly as possible to determine next steps. We will let everyone know as soon as we are able.

Of course, our thoughts are with James and Metallica. We wish them nothing but the best.

We hope to see you all very soon.

Hatebreed’s Jamey Jasta penned a note via Instagram explaining how he would not have given up drinking if it wasn’t for James:

“Just got off stage in TN and heard about @papa_het_ so I want to post a few things here in regards to addiction & counseling. I commend James for seeking help and I want to send my love & support to him, his family and the entire extended Metallica camp. I hope that all #Metallica fans affected by this understand that this is absolutely the best choice. Health is EVERYTHING. No tour or album or mountain of obligations is worth diving back into the abyss of booze & drugs. Energy is real and if you’re going to put it out either online or in person I ask that you please put out positive energy for James. Sure there are people who can cut loose every so often & bounce back but for others, even 1 drink can lead to decisions that snowball into a destructive avalanche. I’ve toured heavily for over 20+ years and would not have given up drinking if it wasn’t for James and the example he set. I always said that booze was the “dark river” that is always flowing and the current is too strong for me. I want to dive in, sometimes every day for weeks, but I don’t and I can’t. Meeting James at MTV and speaking with him about my drinking problem was very eye opening because this is a guy who is in one of the biggest bands in the world with so much pressure on him and so much weight to carry and he really made me think if he could quit so could I. Now I’ve stayed away from that river for well over a decade. I may not be “as fun as I used to be” it might be hard for me to attend certain events or functions where people are plastered or going to be drunk but I know it’s the best choice & I think that in the years ahead we’re gonna find out that the booze companies have lied to and manipulated us. I think it’s WAY worse than people realize but I will save that for another day….. If you or anyone you know may be going through something similar, maybe James having the courage to confront his demons again can be the compass to point you in the right direction. No amount of booze, drugs, food, sex, gambling etc. will fill the hole inside that is eating at you & growing. Get help. Go to a meeting, look up free resources online. Take a step away from the dark river and don’t look back.”

“I got sober while we were on tour with Metallica almost 9 years ago. The first day of that run, one of my crew guys came to me and said “Hey, Hetfield’s looking for you”- we had been touring with them in the States & Europe for over a year and I was just RAGING, especially in Europe, but inside I was MISERABLE. He knew I had been trying to quit drinking, it wasn’t working for me anymore, & it all came to an end in Australia. A HUGE FACTOR in my willingness & ability to get sober while on fucking heavy metal tour was the fact that I had James & some of his crew who were also sober to talk to- I didn’t have to do it alone. James & crew babied me through my first month of sobriety out there on the road- it was a heavy trip. I couldn’t have done it without them. When I saw the news about James today, I hurt so bad inside for him, because he was there for me when I was in such bad shape- I know how dark it can get. But it was also a very strong reminder for me of what I am, & what waits for me if I fuck up & forget I am alcoholic. If you’re an alcoholic, NO ONE IS IMMUNE, no matter how long you have been sober. James is in the right place right now, though, & as he has gone there of his own volition, it sounds like to me he wants sobriety back- and that is the key to it all, you have to want it. So my thoughts & prayers are with him- I love that dude. He literally helped SAVE MY LIFE.”

“James Hetfield has been a friend of mine long before @Metallica. I always looked up to him as a musician even when we were in high school. If he needs anything , he has my number. I have been sober for 2 years. It’s not easy. I’m with you big guy.”

James Hetfield has been a friend of mine long before @Metallica. I always looked up to him as a musician even when we were in high school. If he needs anything , he has my number. I have been sober for 2 years. It’s not easy. I’m with you big guy. pic.twitter.com/W4zmup8iTH

You can read other responses below:

Sending my best to James Hetfield Of @Metallica Take care of yourself my friend,You are a human being like everyone else that has real struggles. The disease of Alcoholism doesn’t discriminate. You are very strong to take the steps needed to be healthy and happy.The rest can wait

James Hetfield, lead singer for Metallica, has checked himself into rehab cancelling their world tour..i worked with James on the set of the Ted Bundy movie Extremely Wicked Shockingly Evil And Vile..good on him wanting to get better…I wish him well in his recovery. pic.twitter.com/ONFFfSsE92

Let’s all send some love and support to Papa Het. https://t.co/WI0MIaVzjW

James Hetfield #PapaHet – I love you. You’re the reason I’m here today, above ground, breathing and living the life I live. Your words, your music, your pain and struggle – it healed and calmed my demons, just as it did for millions of others.

Our thoughts are with James and hope he will have a safe recovery. 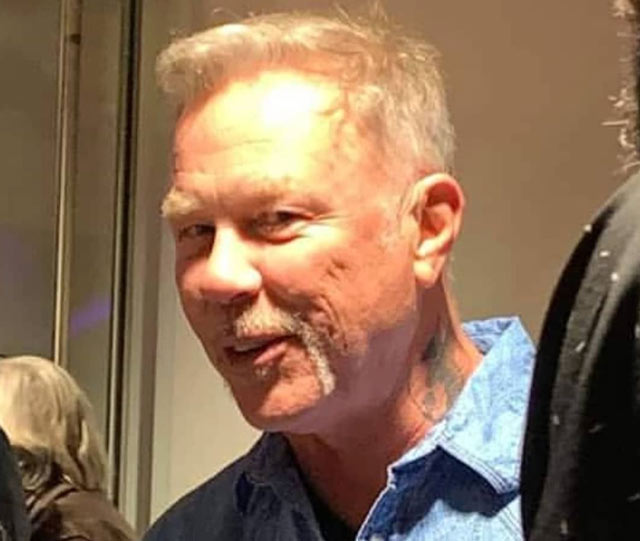