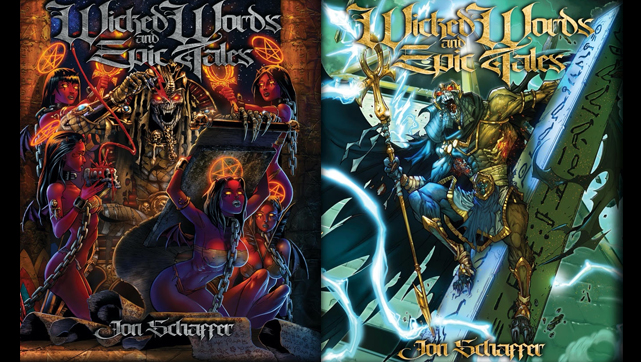 Wicked Words And Epic Tales is a 200-page, hardcover coffee table book that collects lyrics and interviews from the musician’s more than 35 year career, including his work with Iced Earth, Demons & Wizards, Sons of Liberty and Purgatory, as well as pages of artwork “inspired by” his music. Artists featured in the book include Todd McFarlane, Greg Capullo and Monte Moore, among others.

The book comes in two different covers, one designed by Jonboy Meyers and the other from Jim Balent and Roy Young.

Along with the book, those who purchase the deluxe edition will get a curated audio CD called A Narrative Soundscape. Recorded in collaboration with Jim Morris, the album features 15 Iced Earth tracks with reimagined lyrical delivery by Schaffer.

Said Schaffer of the book:

“I wanted to put something together that would be a truly unique experience not only for the fans of my bands, but for newcomers as well.”

Wicked Words And Epic Tales is the first book being produced by Schaffer’s new publishing company, Wicked Words, LLC. Schaffer plans to release “many original concepts” through the imprint in the future.

Wicked Words And Epic Tales is available for pre-order through Kickstarter now. Rewards for those who back the book include signed copies, t-shirts, enamel pins, a limited edition metal trading card set, your name in the “thank you” credits and more. The book is expected for release in October 2020.

Artists that have contributed pieces for Wicked Words and Epic Tales: 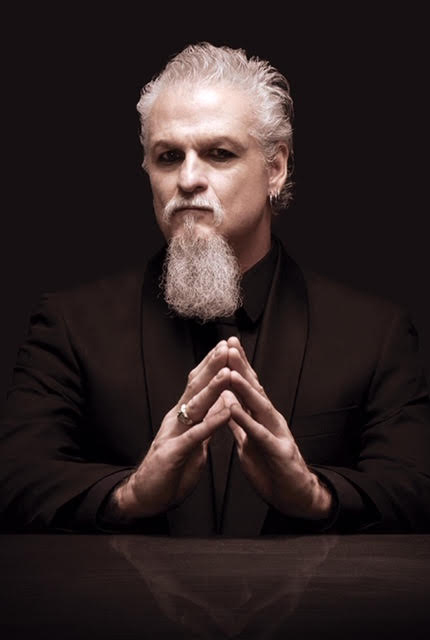