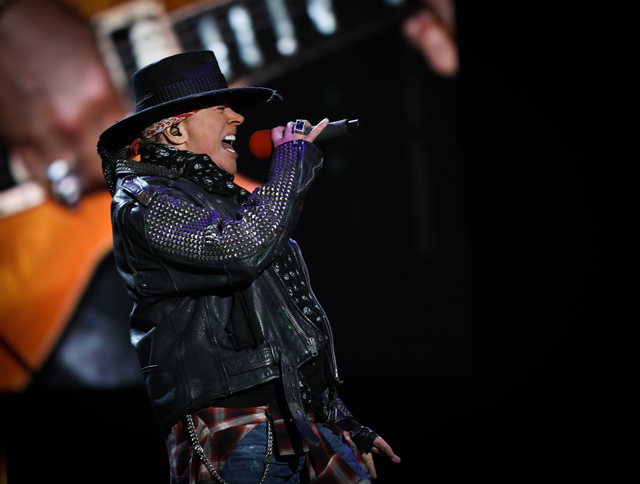 During the Guns N’ Roses Chinese Democracy writing sessions, many songs were written but not all of them made it to vinyl. Some tracks were unveiled last year as talk of a new GNR album began. In an interview with Heavy Consequence, Slash revealed more new material is on the way.

“There is new material coming — everybody’s always asking. I would imagine that there will be one or two songs that come out around the time that we hit the road in June.”

Slash himself, along with Myles Kennedy And The Conspirators have just released their album 4 (read our review here). Slash is referring to the GNR tour coming in the summer.

Here are the dates: