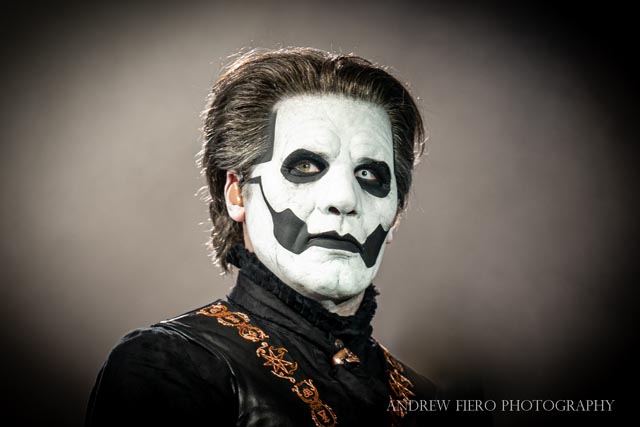 This year’s American Music Awards didn’t only go to Taylor Swift. There was little wiggle room for more artists to accept an award. This year the AMAs rocked the categories by adding a first-of-their-kind, the Favorite Rock Album category. While nominees included mainstream and expected contenders such as Coldplay, Imagine Dragons, Machine Gun Kelly, and Red Hot Chili Peppers, it was Ghost’s latest effort, Impera, that took home the award. To celebrate the surprising moment, Tobias Forge, without the Papa Emeritus IV costume and all, was on the red carpet to answer a few questions. A clip is now floating on Twitter of the said video interview. Congrats to Ghost for the big win. Check out all winners at this location.

Tobias Forge talks about his Favorite Rock Album win, thanks fans for support and more at the 2022 #AMAs. pic.twitter.com/gBUxYQHNZX