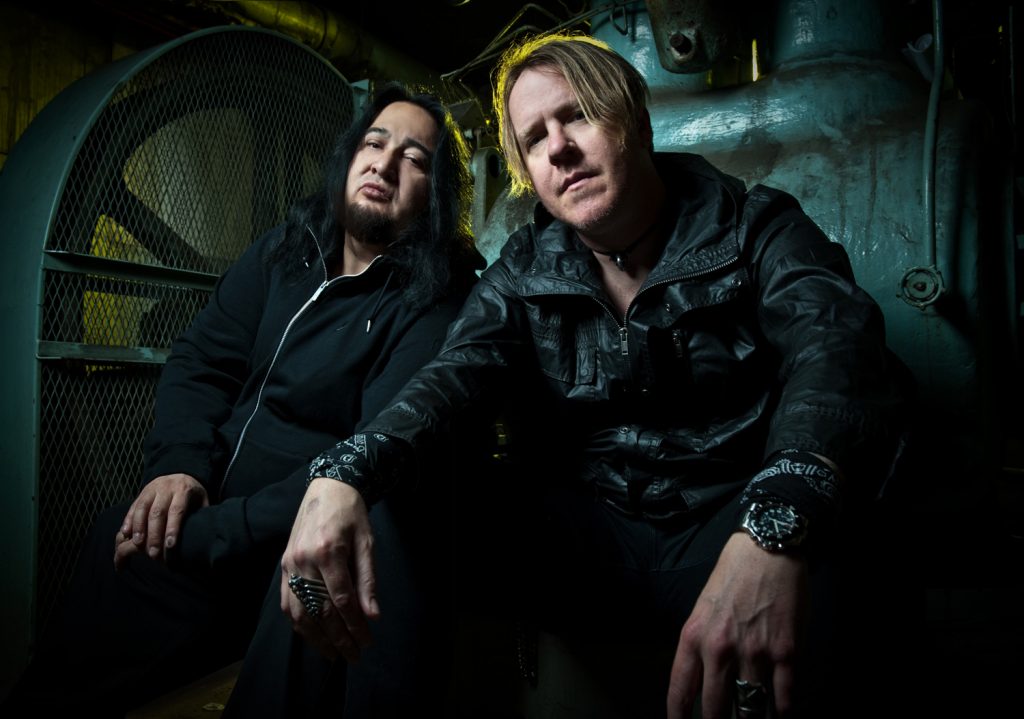 Fear Factory guitarist Dino Cazares seems to have reinforced his feelings of ire towards former FF frontman Burton C. Bell while simultaneously expounding on his devotion to the band.

In what is thought to be a response to an interview Bell gave to Metal Hammer last week, Cazares posted to Twitter:

“The people who talk shit about me don’t realize what I went through to put this record together, all the $ that I spent for FF to still exist, to keep it alive for the fans, and just for one asshole to shit all over it, because he lied in court and lost everything. I ❤ FF.”

Cazares continues in another tweet, “Part 2) you are not the victim when you lie.” He then responded to a comment asking if the previous two tweets were directed at Bell, “Take it how ever u want, just know this ,I bleed live and die for FF.”

The interview with Bell in question covered a wide range of topics, including his feelings towards his former bandmate. It found him blaming Cazares’ bankruptcy for his second bankruptcy, and revealed that he felt he could no longer trust him. When asked if it was easy to leave Fear Factory, Bell responded, “Working with someone you don’t trust anymore and to be in a business where everyone’s coming after you… it wasn’t worth it. I was, like, ‘Fuck this, you can have it, take it all.’”

Fear Factory’s current and former members had been going through a series of bitter lawsuits for much of the last decade. In 2011, ex-members Raymond Herrera and Christian Olde Wolbers sued Bell over licensing rights to the band’s name, which Bell retained as long as he continued to pay Herrera and Wolbers. Bell then filed for bankruptcy later that year and stopped paying the ex-members. That led to a second lawsuit in 2014 that ultimately led to Bell losing his rights to the Fear Factory name.

Cazares eventually purchased the full rights to the Fear Factory name so the band could continue releasing music under it.

Fear Factory regrouped in September 2020 with new members Mike Heller (drums) and Tony Campos (bass). It was announced at the time that a GoFundMe campaign was being launched for their long-awaited 10th studio album. That decision had apparently been made without Bell and later that month, he announced that he would be exiting the band (a revelation that blindsided Cazares at the time).

A replacement vocalist has not been announced yet.

Cazares is still planning on releasing that Fear Factory album, now titled Aggression Continuum, in 2021. Bell will still be featured on vocals, as much of the album was recorded in 2017 when talk of the album was first circulated. It’s first single, “Disruptor,” is set for release April 16.