“Apologies to all who have bought tickets and have been kept waiting, but there is so much uncertainty at the moment,” reads a statement made on the band’s Facebook page Tuesday (26) with the new dates. “We’re not happy about this but due to the current health situation there is no way we will be able to perform these shows scheduled for June/July. We will reschedule…. as we plan on finishing what we started. We’ll see you in 2021.”

Tickets for the original dates will be honored at the new ones. Those looking for a refund will be able to obtain one upon request from the point of sale.

News of the rescheduled European dates comes just days after Faith No More announced the rescheduling of their Banc of California Stadium shows in Los Angeles, CA with Korn, System of a Down, Helmet and Russian Circles. Those shows will now take place on May 21 & 22, 2021.

Both the European tour and California shows were postponed earlier this year due to the ongoing COVID-19 pandemic, which has put touring all over the world at a near standstill.

Along with all the new tour dates, Faith No More has also announced a fundraiser for their road crew. Said bassist Bill Gould in a message on the band’s website,

“There’s been plenty of attention about the collapse of the concert industry, how it has been impacting musicians, artists, agents… but very little coverage has focused on the impact it’s made on a crucial element of live music and touring: the crew. Without a band’s crew, the show does not go on; yet, in light of the recent postponements, they have been left with few options to support themselves, or their families. And speaking of families, the band that you know as Faith No More is more than the five musicians you see on stage. It is a larger family, an ecosystem that includes backline, a production manager, lighting, sound and tour management. We had an entire summer of touring booked – and now, as a result of this pandemic, all of our crew have been put into a seriously vulnerable financial position. We have been working with these folks for years, and we feel very close to them. Since shows are not an option, we are trying to do what we can to offset this unfortunate turn of events with a special merch sale.”

Limited edition merch items included in the fundraiser are the exclusive “Wash Those Hands” t-shirt in four exclusive colors, a branded face mask, signed copies of ‘Sol Invictus’ on colored vinyl, signed gig posters in six designs from their 2009 European tour and signed drum heads from their 2015 tour.

Faith No More is still scheduled to play a North American summer tour starting August 7 at Denver, CO’s Pepsi Center. That tour will run through September 17 with a show at Maryland Heights, MO’s Hollywood Casino Amphitheatre STL. They also have a run of dates in Australia and New Zealand that were rescheduled for February 22, 2021 (Horncastle Arena, Christchurch) through March 6, 2021 (RAC Arena, Perth). All tour dates can be found on the band’s website. These will be the band’s first tours together in five years.

The band released their latest album, Sol Invictus, in 2015. 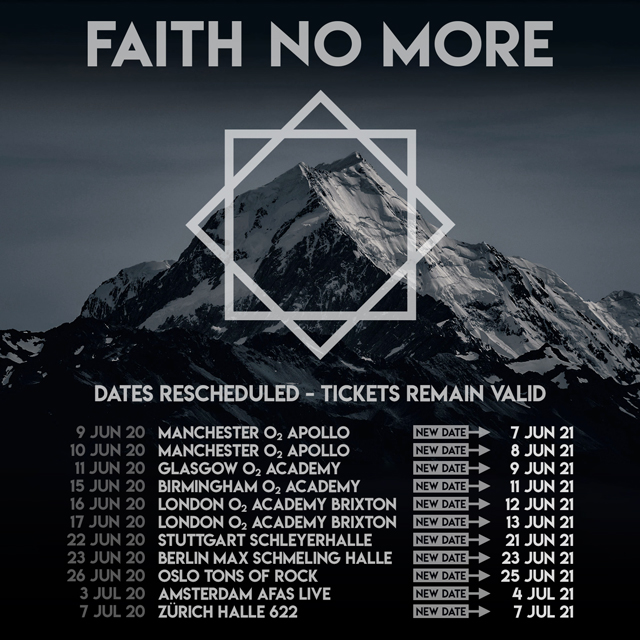 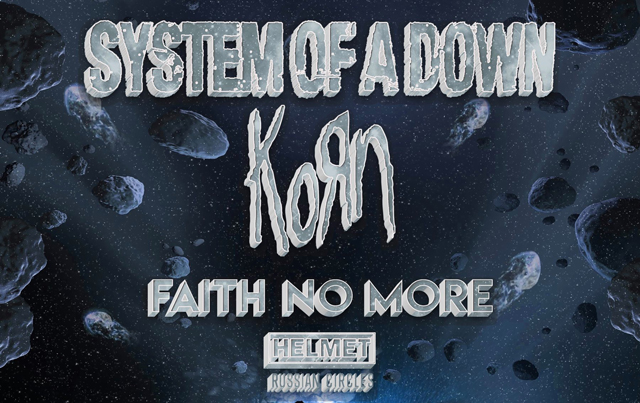