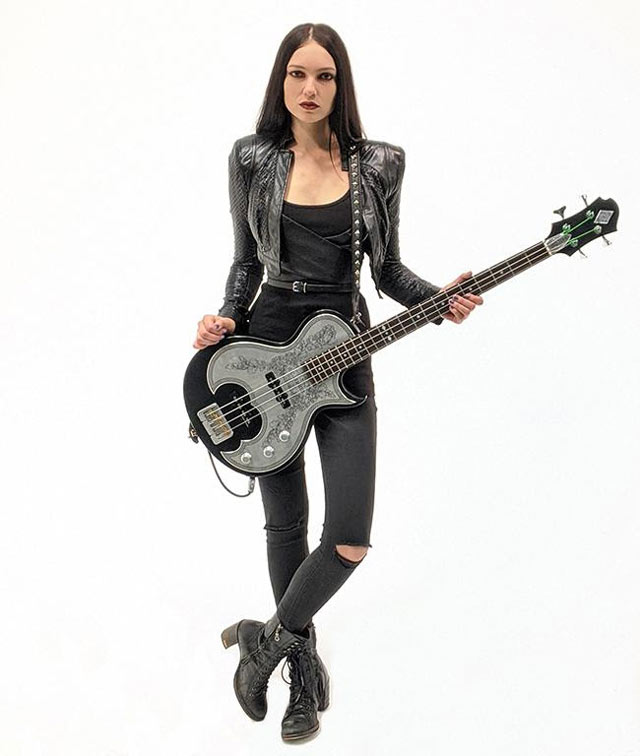 Dragonforce have announced a new bassist for their upcoming European and US tours. Vigil Of War’s Alicia Vigil is on board to join the band on bass and back-up vocals for both treks.

“Alicia was recommended to me by a number of musician friends in L.A.,” said guitarist Herman Li in a statement about Vigil’s hiring in a post on the band’s website. “She impressed me with her playing, her professionalism, and her ability to learn the Dragonforce songs really quickly! I’m excited to have her playing on this tour and I think the fans will really like what she brings to the show.”

“So beyond stoked that Dragonforce chose me to be a part of this! I can’t wait to travel the world and play these new cities with them and be a part of their legacy!”

Longtime bassist Frédéric Leclercq left the band in August prior to the release of their latest album, Extreme Power Metal, in September. The split was amicable, with Leclercq announcing a month later that he would be joining Kreator. In that time, the band went through two touring bassists, YouTuber Steve T and Damien Rainaud, who produced the album.

Dragonforce’s European tour kicks off February 3 in Belgium and runs through February 16 in Switzerland with Frozen Crowd and Athanasia opening. The band then comes stateside a couple of weeks later starting March 5 in Mesa, Arizona and wrapping up March 21 in Brooklyn, New York. Those shows will feature Unleash The Archers and Visions Of Atlantis as support. They then head back to Europe and Asia for another handful of spring shows and summer festival dates.

If you can’t make the tour date in your town, Dragonforce will be livestreaming the entire tour. Visit twitch.tv/hermanli to watch the performances, plus backstage footage and special guest appearances.