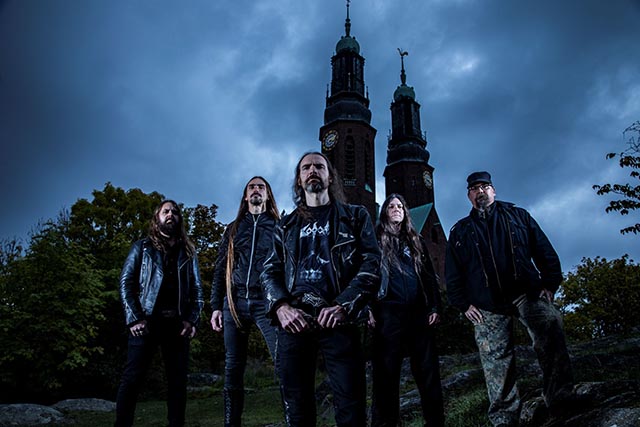 Swedish death metal pioneers Dismember who recently resurrected from a long hiatus have once again signed with Nuclear Blast Records. To celebrate the announcement, a remastered version of their 1991 debut, Like An Everflowing Stream, is now available on all streaming services following an extended absence. The group currently has plans to release re-issues on physical LP and CD formats later this year.

“After reuniting the original line-up and performing sold-out shows in 2019, the axe chopping business needed a solid partner to get the festering complete back catalog back on the streets. The unholy alliance of 1990 is reconfirmed, Dismember and Nuclear Blast Records are once again a perfect kill team!”

“It’s a pleasure to bring back one of the Nuclear Blast bands of the early days. The 1991 debut album Like An Ever Flowing Stream quickly became a Death Metal classic and they haven’t released a weak album until they officially split up 20 years later in 2011. I still remember one of their last shows, in 2008 at the Party-San Open Air, where they played with their buddies GRAVEand UNLEASHED – only ENTOMBED was missing to complete the Big Four of Stockholm Death Metal. And it was a pleasure to see them again on their first reunion show in 2019 at the Scandinavian Death Fest in their hometown. Only a few seconds in it was clear that they were back in full force. Welcome back!”