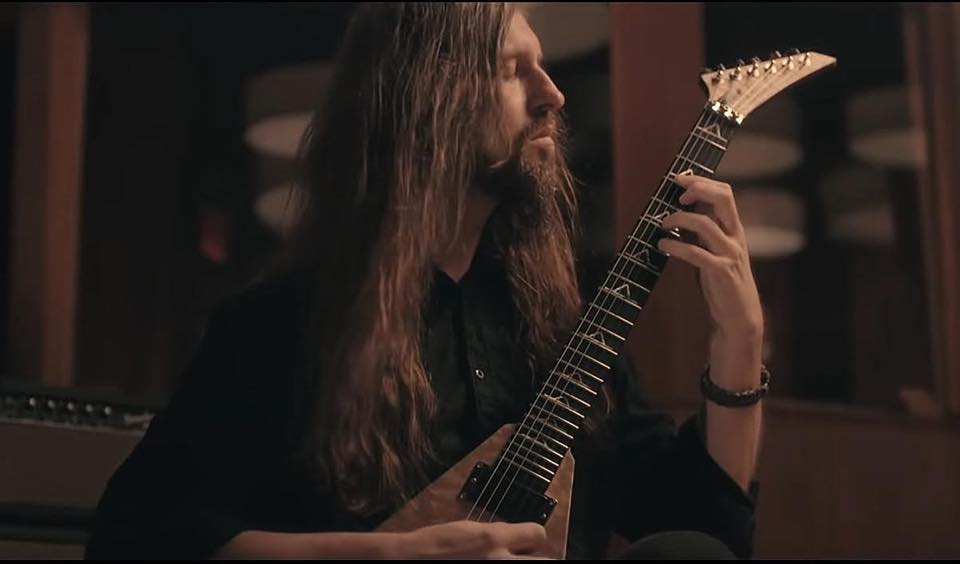 It has been nearly three years since the mysterious death of All That Remains guitarist Oli Herbert. However, there is still plenty of interest in cracking his case, as his story is the subject of a new in-depth report by Connecticut ABC-affiliate WTNH.

In an approximately 7-minute segment on Wednesday night’s broadcast, the news team speaks to Herbert’s sister Cynthia LeFave and bandmates Mike Martin and Phil Labonte, in an effort to understand what happened and why his death is so suspicious.

Herbert was found dead on October 16, 2018 face down at the edge of a shallow pond behind his Stafford Springs, Connecticut home following a missing persons call made by his wife Elizabeth (often referred to as “Beth”). According to a statement she made  three weeks later, his cause of death was ruled a drowning, though the water was only a few inches deep. She said that the toxicology report found antidepressants and a sleep aid in his system.

Of course, LeFave and Martin say that drugs of any sort would be out of character for Herbert. In the new report, LeFave claims her brother would never put anything like that in his body, with Martin saying that he wouldn’t have been able to hide it if he was using. Labonte said something similar in a 2019 interview with Rover’s Morning Glory radio show.

Herbert’s passing has been deemed “suspicious,” especially with the timing of events leading up to it. The investigation especially hinges on a will supposedly signed by Herbert one week prior to his death. The document, which was not signed by a lawyer and was notarized by a car dealership where a friend of Beth’s worked, left everything to his wife and expressly mentioned that his sister would get nothing. A life insurance policy was also mentioned in the will.

“He wouldn’t think to get a will,” says Labonte in the new report. “There were times we could barely get him to buy new shoes.”

Beth is a top suspect in the police department’s investigation. At one point her computer and phone records had been seized and has since gotten a lawyer to take on her case.

The relationship between All That Remains and Beth was and still is strained at best. Labonte called her a “garbage human being” during that same 2019 interview, saying that she was not allowed to come on tour with the band because no one got along with her and on numerous occasions tried to get him to leave her. Later that year, Beth filed a lawsuit against the surviving members of the band claiming that she was owed her share of their profits, saying that they “refused to give her the financial information needed to take inventory of her husband’s estate” and “withheld money earned from a European tour that took place after Oli’s passing.” The band denies that they have been withholding money from her, with Labonte saying “We’ve made sure that that our accountants and all the people that work with us know any money that is owed to Oli Herbert’s estate must be paid to Oli Herbert’s estate. And we have absolutely no interest in not paying. It’s not worth any kind of hassle for the amount of money.”

Labonte has also said that though the band would like to host benefits in Herbert’s name and create charities around causes that were dear to their bandmate, but that Beth would not allow them to use his name in any context.

According to the reporter, Beth declined to speak with WTNH for their story.

The investigation into Herbert’s death is still ongoing. Both his family and bandmates, as well as hundreds of thousands of fans, are hoping that one day justice will be served.