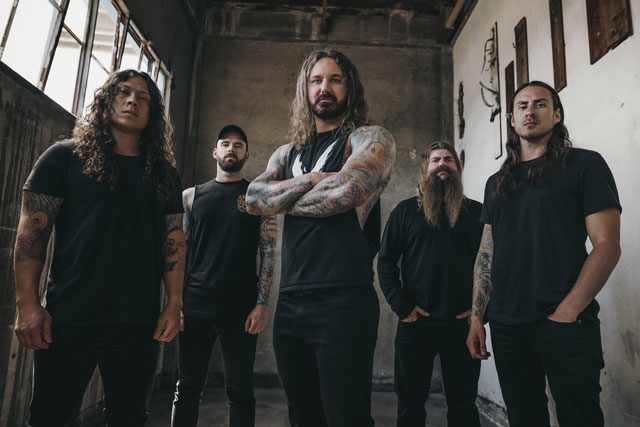 As I Lay Dying frontman Tim Lambesis has tied the knot for the third time. Yesterday (6th), the singer publicly announced his third marriage on Instagram, where he married fitness model Dany Ciara this past Saturday (4th).

Lambesis shared images from the small beach celebration along with the following caption:

“On Saturday I married my best friend. We set up a small ceremony on the beach with the help of close family and friends. Every detail of the day came together so well, but more importantly I have an incredible foundation of love for a lifetime with @danylambesis. I’m excited for every adventure ahead with the love of my life.”

The singer pleaded guilty in 2014 to an attempt to hire a hitman to murder his first wife, Megan, back in 2013, when he served two and a half years of a six-year sentence in a California prison. He was released in 2016, and As I Lay Dying were more or less reborn by 2017. However, the prison sentence didn’t stop him from marrying a second time when he tied the knot with Amanda Dubord in May 2015. It isn’t clear when the two split since he shared their love story in a since-removed Instagram post back in 2019.