Restarting the year in music is normally a slow process, but metal is jumping out the gate faster than most other genres. This week sees a pretty good mix of established groups and new talent, led by a band that leaped into prominence early in their career and has never let go. This hot new album should help you stay warm in the frigid winter!

2012’s Monolith was one of the most well-received albums of that year, as many publications raved about the traditional thrash approach that Sylosis had mastered. Nonstop touring, an RV accident, and a drummer change followed thereafter, and now Sylosis is back with another dominating album. For such a young band, this group has a wealth of talent, the likes of which most bands can only dream of. Check out the full album stream to get an idea of what you’re in for on Dormant Heart.

The Crown, Death is Not Dead (Century Media)

The triumphant return of The Crown in 2010 was a proud moment for Swedish metal. Doomsday King heralded the re-arrival of one of the greatest crossover bands ever to arise from Sweden. Now, with Johan Lindstrand once again at the helm, The Crown are set to unleash their ninth album. In addition to being the second entrance for Lindstrand into the band, Death is Not Dead also serves as the welcoming party for two other new members – new guitarist Robin Sörqvist, and new drummer Henrik Axelsson.

On their third album, Soulless Hymns, Pennsylvania newcomers The Last Ten Seconds of Life have finally found the sound that they’ve been looking for. Guitarist and principal songwriter Wyatt McLaughlin says that the guitar and bass tone sound exactly how he wants them to, and emphatically states that the sound on Soulless Hymns most accurately represents how the band sounds in a live setting. Check out “North of Corpus” and “The Box” for a sample of the sound on this new album, and see if it meets your approval.

Panzer, Send Them All to Hell (Nuclear Blast)

Being referred to by some as “The German Panzer”, in order to avoid confusion with the American and Chilean bands of the same name, Panzer is a supergroup featuring Destruction bassist/vocalist Marcel “Schmier” Schirmer alongside two former members of Accept – guitarist Herman Frank, and drummer Stefan Schwarzmann. While not strictly a thrash metal or classic heavy metal band, Panzer definitely incorporates elements of both to create a vintage sound that harkens back to the ’80s on every song. If you long for the glory days of denim and leather, then Panzer is definitely worth your time. 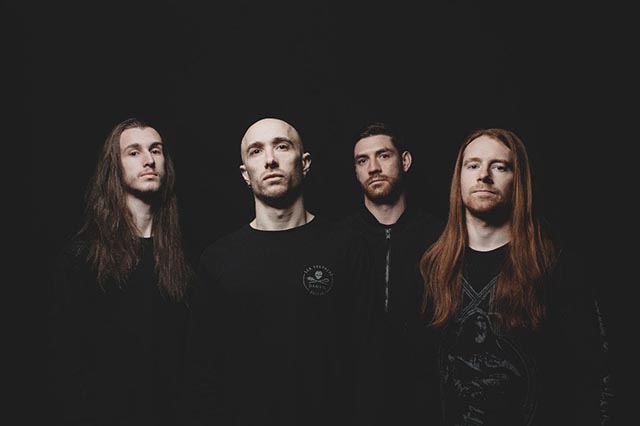