Back in December, Soilwork delivered their A Whisp Of The Atlantic EP and will now be releasing an epic feature film that will tie the entire story together with brand new footage and small bits of music. The band’s previous videos for the EP will appear in the film. The video will premiere on the band’s YouTube channel on Wednesday, February, 3rd.

Guitarist David Andersson explains the story of “A Whisp Of The Atlantic” and their philosophical approach.

“From the desire of Feverish, the urge of Desperado, the determinism of Death Diviner, the insights and questions of The Nothingness and the Devil and the acceptance and spiritual searching of A Whisp of the Atlantic. The whole song and video sequence is like a slightly different take on Maslow’s Hierarchy of Needs. It’s all about realising that we’re all stuck on this rock and that we need to find something more inclusive than religion to get through this together. Because in the end, we’re all outsiders, genetically hunter-gatherers trying to fit in in a world that we created but at the same time wasn’t really made for us. The overarching theme is liberation from the extremely low level of the social and cultural debate these days, and it starts with the fundamentals and ends with the phenomenological. From liberation into ascension.”

The EP has been met with great recognition and even made our fellow contributor, Zach Fehl’s Top 10 albums of 2020. Grab your copy here and watch the film below! 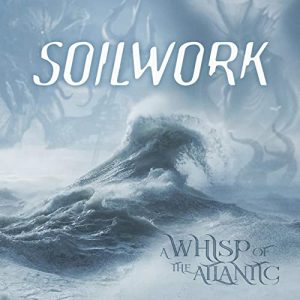