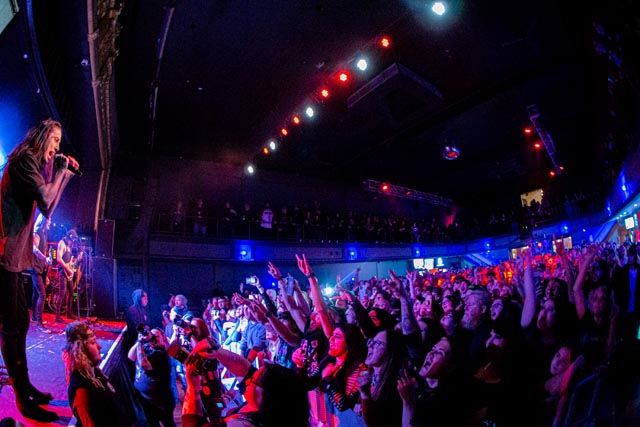 Saint Andrews Hall is a small venue that holds a mere 1000 people in Downtown Detroit. It’s most notably known as the home of the Shelter, which is an even smaller venue in the basement, made famous by none other than Detroit’s Eminem. Highlighted in the movie 8 Mile and know by anyone who grew up in Eminem’s early rap battle days, this venue is one to visit if ever in town. As band’s start to tour in the beginning, they come through Saint Andrews Hall usually at first, then upgrade to nearby Fillmore Detroit (2900 capacity) which is also owned by Live Nation. And once, large enough we see them play arenas like Little Caesars Arena. Only a handful of times has a large band come through town and done a stripped-down show in a super small venue.

Falling In Reverse did just that… After playing a mega tour this past summer with Papa Roach, Hollywood Undead, and Bad Wolves, hitting mostly larger capacity amphitheaters, lead signer Ronnie Radke decided to do a few, more intimate shows. Announced in the fall, a 4 date tour was announced with Escape The Fate and Fame On Fire as openers, with Detroit being one of the stops. Saint Andrews Hall was the chosen space for this one night of complete chaos. Sold out, and packed to the rafters, 1000 people crammed themselves into this small space to see these three bands, who are used to much larger crowds, play three amazing sets.

Fame On Fire came out swinging with hit single “Welcome to the Chaos” and the crowd erupted, singing along word for word, setting the tone for the night right off the bat. Rolling through an eight song 40-minute set, that included “Her Eyes”, “Plastic Heart” and even a cover of Linkin Park’s “Numb” they didn’t lay off the music until their final song “Headspace.” With what I think might be the quickest stage swap ever, it seemed as thought only minutes went by before Escape The Fate was lead to the stage. 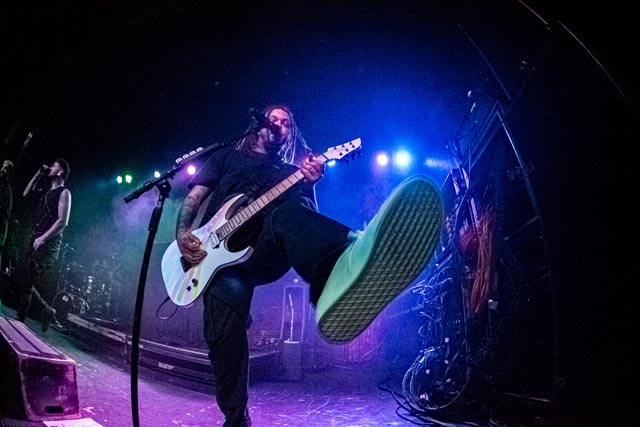 A lot of people enjoy Escape The Fate opening for Falling In Reverse, seeing how Ronnie got his start with ETF before Falling In Reverse. I’ve always been a fan of both singers, and what they brought to the band, from Ronnie’s early days to Craig’s current vocals. With 2010’s hit single “Gorgeous Nightmare” they laid into an hour long, 11-song set, that took songs from most of their discography. Fans sang along with hits most recent hit “Lightning Strike,” “10 Miles Wide” and “Broken Heart” before ending with 2013’s “One For The Money.” The group sounded on point, and was nothing shy of amazing. 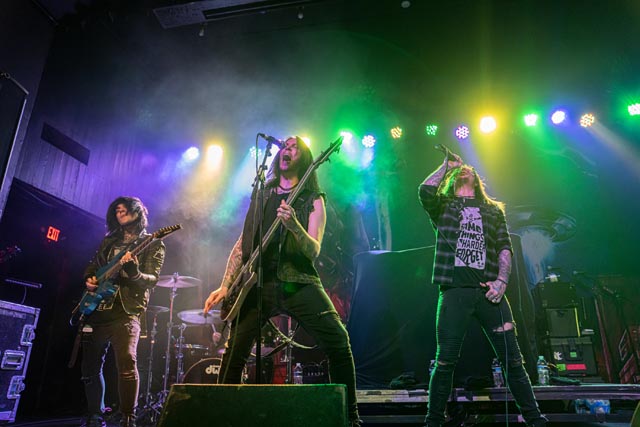 The lights went out, the crowd went insane screaming, and out walked Ronnie Radke, and the rest of Falling In Reverse. Not wasting a moment, the track went right into hit song “Zombified” and chaos ensued. A playlist from all four albums, is what followed for the next hour. Like a greatest hits playlist only a fan would create, we got “I’m Not a Vampire,” “Raised By Wolves,” and “The Drug In Me Is You” off their 2011 debut album, plus a slew of non-album singles like “Losing My Mind,” “Drugs,” and “Voices In My Head.”

Looking around throughout the show, fans were jumping up and down, singing along, and interacting extremely well. Almost no crowd surfing, or moshing… Which, in comparison to what I witnessed at some of their festival dates this past summer, was astonishing. At Inkcarceration, a DWP festival in Mansfield, Ohio, I witnessed a waterfall of crowd surfers, try to navigate the multiple mosh pits, during “Popular Monster” which was their last song at both shows. This time, the crowd was so into watching almost no one was in the air. There’s been a handful of shows that I’ve seen where large bands, come back and play smaller, more intimate venues, and Falling In Reverse can hold their own in a niche like this. The fans in attendance enjoyed every minute, purchased a ton of merchandise, and some even did meet and greet with Ronnie Radke himself after the show.

While sometimes Ronnie may get drug through the mud on social media for various reasons, he definitely puts his passion for music and his fans first. From the first note of “Zombified’ to the end of the Meet and Greet, it was an all-around epic experience that only a few die-hard fans got to witness due to the venue capacity. If you missed Falling In Reverse on their mini 4-date run, catch up with them on the second leg of the Rockzilla Tour with Papa Roach, Hollywood Undead, and Escape The Fate this upcoming February. 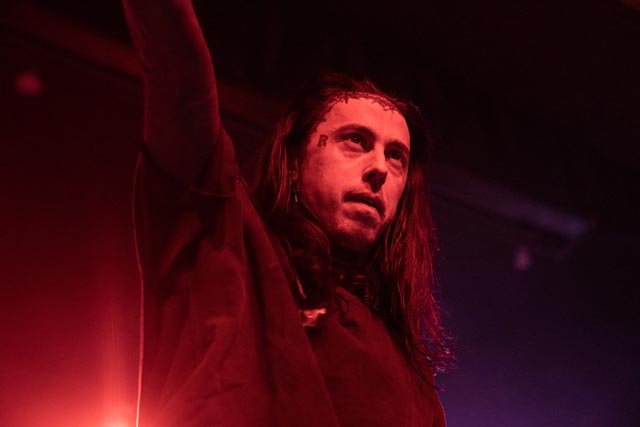