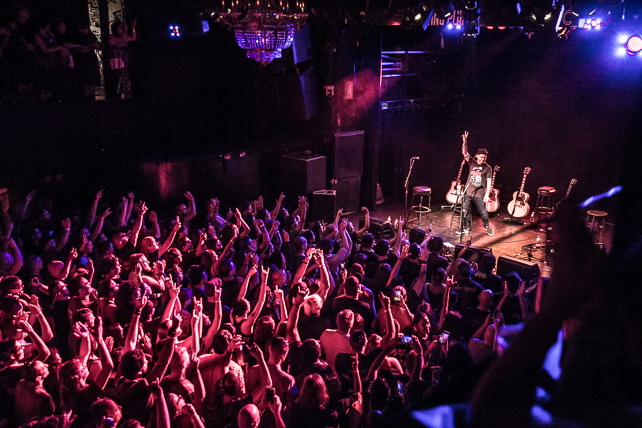 One of New York City’s oldest and most beloved music venues, Irving Plaza, will be shutting down this summer in preparation for a multimillion dollar upgrade.

Proposed renovations include a revamped lobby area and music hall, all-new bars, a new downstairs VIP lounge and a remodeled mezzanine that includes a new box-seating section configuration. Live Nation’s clubs and theaters division will be overseeing these renovations, which will take approximately eight months to complete.

“We’re thrilled to embark on a dramatic renovation of one the world’s most treasured music venues. When we unveil these experiential upgrades – both artists and fans will enjoy an unparalleled musical experience.”

Representative of the Polish Army Veterans Association, who owns the property, Mark Chroscielewski said of the renovations:

“The Polish Army Veterans Association has developed a deep bond with Live Nation, which goes beyond a landlord/tenant relationship. It is fitting that in the year that Poland celebrates its 100th anniversary of regaining its independence that District 2 and Live Nation have entered into an even closer long-term relationship to upgrade Irving Plaza to its original elegance and grandeur.”

Irving Plaza has had a long history of providing entertainment to the masses. According to their website, the site was turned into a ballroom-style venue in 1927. In 1948 it was purchased by the Polish Army Veterans of America and used as a Polish-American community center, at the time staging meetings, Polish dance troupes and folk concerts. The space became a rock venue in 1978 and became widely entrenched in the punk and new wave scene, hosting bands like the Ramones, Talking Heads and more. After some rocky years in the 1980s, eventually closing at the end of 1988, the venue was reopened to the early 1990s. Live Nation renovated and took over booking for the venue in 2007, renaming it the Fillmore New York at Irving Plaza. The name was changed back to Irving Plaza in 2010 after New Yorkers criticized the change for wiping away a century of the city’s entertainment history.