Iron Maiden have teamed up with Adult Swim to premiere the video for their latest single, “Stratego.”

First premiered last month, “Stratego” was written by founding member/bassist Steve Harris and guitarist Janick Gers. The video, created by Swedish director Gustaf Holtenäs, is set in ancient Japan and portrays a war between light and dark. It uses a mixed-animation style similar to that used in their video for “The Writing On The Wall.”

The song comes from the band’s new album, Senjutsu, released on September 3. Their 17th studio release, it’s the follow-up to 2015’s The Book Of Souls. Recorded at Guillaume Tell Studio in France, it marks the sixth time the band has worked with producer Kevin Shirley over the last 20 years.

“Stratego” is the second single from Senjutsu. Iron Maiden released the first single, “The Writing On The Wall,” back in July with an animated video from BlinkInk.

The “Stratego” video can be seen below. Senjutsu is available in stores now.

To find out what Metal Insider thought of the album, check out our Headbanger’s Brawl. 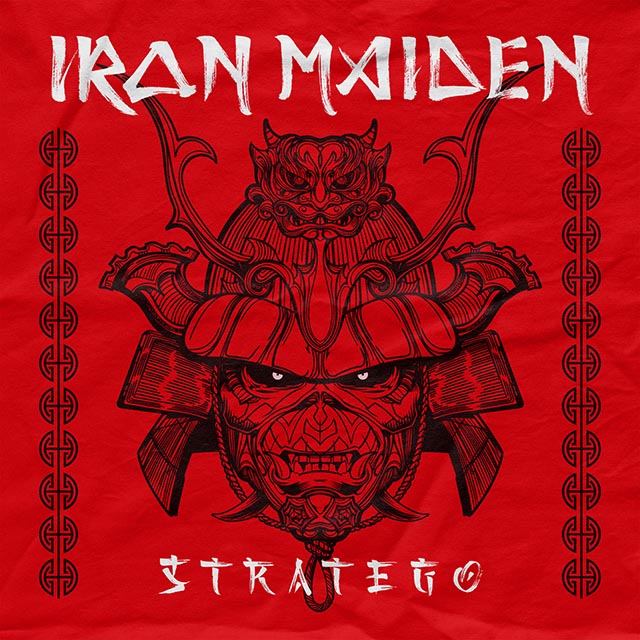