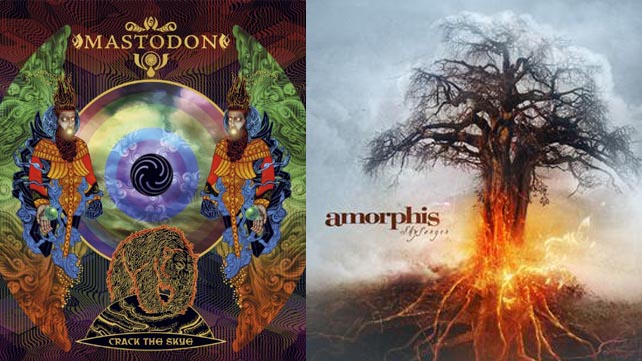 As 2019 kicks off, here are ten full-length releases to revisit as they turn ten years old. It is difficult to believe some of these have already been out for a decade, but here we are. Lets get to it.

Named the 20th Greatest Metal Album in History by LA Weekly, Baroness’s The Blue Record is my favorite from the band’s discography thus far. Considered the sister release to their debut Red Album, Blue contains some of Baroness’s finest riffs and melodies, as well as a production value that is unmistakably signature to the band.

9) Vader,  Necropolis
Blending elements of old school death and thrash, Vader is often criminally overlooked. I spent many high school lunches with Necropolis glued to my headphones, eager to jump behind the drums once I arrived home that day to work on the double kick technique. If you’re in the mood for death metal that doesn’t require some sort of mathematics college degree to listen to, look no further than Vader. Their cover of Metallica’s “Fight Fire with Fire,” which closes the album, isn’t too shabby either.

8) Amorphis,  Skyforger
Skyforger is full of Amorphis hits, from “Sky is Mine,” the title track “Skyforger,” to the album standout, and personal favorite, “Silver Bride”. Amorphis push boundaries left and right on their 2009 release, blending beautiful elements of melody with crushing heavier segments. You should file this band under “Most Consistent of the 2000s”.

7) Hatebreed, Hatebreed
When you listen to Hatebreed, you have a pretty good idea of what you can expect. Heralded as one of the greatest hardcore bands of all-time, Hatebreed always delivers pure destruction with each release. The self-titled record is stacked with some the band’s biggest songs including “Become the Fuse,” “In Ashes They Shall Reap,” and “Everyone Bleeds Now.”

6) Mastodon, Crack the Skye
Mastodon fans are intimately familiar with this 2009 classic. The album represents the element of aether, which constitutes the souls and spirits of all things and providing an interesting theme throughout the listen. “The Czar,” without a doubt has my favorite riff, which enters at precisely 3:43 and ends too soon.