2018 was a hell of year. As a handful of you might have noticed, I’ve been doing a lot less writing for Metal Insider, mainly because I left my job at The Syndicate, MI’s parent company. Don’t worry, this site still has a place in my heart and I’ll never completely stop contributing to it. I’m over at Napalm Records now doing marketing stuff, so my focus shifted from reading everything every day about every metal band to looking at sites here and there in between my day to day stuff. It’s been a weird year that’s found the leader of our country declaring war on journalists, and while telling you what albums I listened and liked the most this year is a far cry from criticizing the president for his many shortcomings, I’m just writing my truth. No fake news (definitely not) or false metal (arguable) on this list. 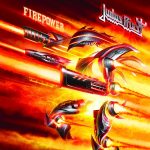 10) Judas Priest, Firepower (Epic Records)
I’m not sure why I’m surprised that Priest have made another banger, but here we are 44 years into their recording career, and they’ve done it again. Most bands with even half their career are coasting by now, touring sporadically to trot out their greatest hits. However, just like Redeemer of Souls, the band’s 18th album doesn’t take the foot off the gas at all.
Key Track: “Lightning Strike” 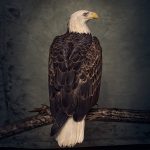 9) Clutch, Book of Bad Decisions (Weathermaker)
Any year Clutch release a new album, it’s almost a guaranteed entry into my top ten. I’ve loved them since Transnational, gotten to tour with them and some band called Mastodon back in 2003, and the New Year’s Eve 2010 show my old band played with them in Sayreville will be etched into my memory forever for reasons I’d rather not divulge in a top ten list. That said, every now and then, they release an album that doesn’t grab me in the way previous albums do. The last one I felt that way about was Strange Cousins From the West. This one is still awesome, but for some reason, I’ve come back to it less than their last few Machine-produced albums. That said, using a Nashville-based producer that’s made his name on roots rock and country sounds great, and with songs like “Hot Bottom Feeder” and the horn-driven “In Walks Barbarella,” as well as future set staples “Gimme the Keys” and “How to Shake Hands,” this is another solid entry into a rock solid catalogue.
Key Track: “How to Shake Hands” 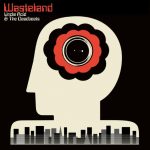 8) Uncle Acid and the Deadbeats, Wasteland (Rise Above)
Man these guys were a happy surprise when I first heard them about five years ago! At this point, it’s less of a surprise, but still a treat, every time they put out an album. Catchy, melodic stoner rock that sounds like the Beatles and Black Sabbath running into each other while tripping on acid in the desert during the summer of love, the UK band have an instantly recognizable sound. Try not to bang your head while listening to “Shockwave City.” Maybe not a band for everyone, but certainly a band for me.
Key Track: “Shockwave City” 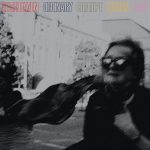 7) Deafheaven, Ordinary Corrupt Human Love (Anti-)
Taken at face value, Deafheaven come off as a band that was created for the sole purpose of being a “critics” band, melding two genres together for a guaranteed entry on as many year-end lists as possible. However, their fourth album took their sound and expanded it. They know how to write a hook, be it a shoegazey, feel-good one or a much heavier black metal one, and OCHL is basically an IMAX version of their first three albums. The shoegaze parts are prettier and more expansive than ever, but there are still blastbeats lest you think they’ve gone soft. Not to mention, George Clarke is one of the most entertaining frontmen to watch, like a jock that discovered the drama class in his sophomore year and music in his junior year.
Key Track: “Canary Yelllow” 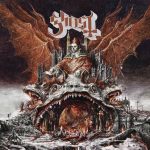 6) Ghost, Prequelle (Loma Vista)
Sure, there are probably as many Ghost haters as there are people that love them, but they’re one of hard rock or metal’s biggest success stories of the last decade. To go from playing the tiny Studio at Webster Hall on their way to Maryland Deathfest seven years ago to headlining the Forum and Brooklyn’s Barclay’s Center with a Grammy win under their belt is undeniable. The songs are still there on their fourth album as well. With “Rats” and the stupidly catchy “Dance Macabre,” the songs are still there. The band continue to move away from being just a metal band, but they’ll always be embraced by many in the community, and some of the songs on this album come close to prog territory.
Key Track: “Dance Macabre”