Vader released their new album Solitude in Madness just in time for the entire world to shut down due to the COVID-19 pandemic (order here). We caught up with frontman/guitarist Peter as he discussed their latest effort, being one of the last tours in the United States to see their European trek cut short, and more.

How long was the recording process for Solitude in Madness?

The recording was actually totally around four weeks, but it was worked on throughout the whole summer. We started recording drum tracks in early May last year, but the master tape was ready to be sent in early September. The problem was that with all this delaying session, the studio, so we had the time when we were supposed to start touring, and so that was kind of like tap and go travel for me, mostly for me because I had to travel to England and back for five or six times. But all in all, four weeks, that’s the total time for recordings and mixing.

Can you talk more about the songs “Into Oblivion,” “Despair,” and “Emptiness?”

“Into Oblivion,” is the song we chose for a second single, also for a video clip we made after a long time when we just did not focus that much on a moving picture. This song is pretty much typical for Vader in intensity. Maybe a little bit different. It’s more like the old Vader in the modern times in my opinion of course, and lyrically, theoretically speaking, about what if there is nothing after we die? So it’s something like if we disappear, we just disappear into nothing. And straight inspiration is from the movie Blade Runner, the original movie, especially Rutger Hauer and his famous pitch on the roof in the rain. He was talking about all the beautiful things he saw in his short life that were going to disappear like tears in the rain, and we used exactly that phrase in the lyrics, as well. So that’s kind of feeling like how probably for all those people always think about what’s going on after we die. Why not think about just nothing?

“Despair,” that’s actually typical for sort of the madness song and short and very intense. In a minute and something in, includes everything a song’s supposed to have. There’s also a lead in that. The song has everything, the beginning, the middle, the parts, it’s just fast, intense and short. It was recorded also on our EP, The Messenger, that was released in 2019. The EP was recorded just because we knew that the full-length album was going to be delayed, but the song was actually planned to be part of the full-length, so this is just a new version. I did not want just to leave all those songs just for EP. I just left a couple of them for that.

The same goes for “Emptiness.” The only difference is “Emptiness” as a plan in the beginning was not supposed to be on the album. I changed my mind during the recording session, actually, because the song sounds too different compared to “Despair,” and the rest of the songs. I just wanted to give it just a little time to take a breath for the listener. On the other hand, this song actually is from the times when we were recording The Empire, our previous album, it was one of those leftover riffs I did not use because the album was completed and I kept that for later. I used that one for the first time on The Messenger EP, but as I said, all in all when we were recording the album in the studio I talked to James and we decided just to keep that one also for this album.

You were one of the last few North American tours to complete before the COVID-19 pandemic happened. Looking back, what was the tour like for you?

It was pretty good. We were looking forward to that one. We did not play in the US for around three years, and what happened before usually went pretty regularly for visiting the United States and Canada, so that was nice just to get back with a new agency. That was an absolutely great one, and so we already promised to be back, but the pandemic just did a little mass in our schedule. However, we plan to be back in the US with the new album of course in the beginning of 2021. So who knows, maybe we can do that still. All in all, we’re still planning to start touring in September this year, this is the optimistic version. So that’s supposed to be the beginning of the tour with the new album. We start in Europe and Poland, and why not hit the US again after tha? We will see. Now it’s really hard to plan anything until we know more about controlling the virus and opening the borders again so we can get back to our normal life and then we can just plan something with more details, you know?

It was definitely an awesome tour and kind of special just being one of the last ones I guess until things get back to normal. I did see that your European tour was cut short due to the pandemic. What was that experience like for you?

It was weird. Actually I’m really happy that we were able to do the whole tour in the US from the beginning till the end. Right after that actually we had just two days in between, we started the European part. That was still the new album tour, but the anniversary of what we called the album, The Anniversary Tour, where we focused on the music, the important albums that have anniversaries in 2020. However, we started regular and after five shows we’re supposed to play in Holland and we were packed and everything, we were ready to go, it was like one hour to doors and then the information about the decision from the Dutch government came to us that they closed everything, all the events, and they’re about to lockdown the borders so all we could do was just pack up the gear go back to the trailer and drive back to Poland as soon as possible. So unfortunately that was supposed to be a pretty good one in Holland and what could we do? This is a global situation we have to deal with and we have to just do everything to find a solution sooner than later, and then we can play again and we will continue the tour since we stopped.

What have you been doing to keep yourself busy during this time of lockdown?

I’m still a busy guy. I expected to be a little bit more free, but we have a time right before the premiere date of the new album so actually I have no time at all. I’m trying to use this opportunity to spend time working on some hobbies, and spending time with my family. That was always a problem. I’m a busy guy, always on tour, so finally I get enough time to spend with my wife, my kids and my cats and just to give a little bit more of myself to the people from my family. So all in all, where we live, we live pretty much separated for almost 15 years so it doesn’t look different, actually. The only difference is we go shopping just once a week in these weird circumstances with a mask and gloves now and all those rules, and that’s it. The rest in the house is pretty much the same now.

How do you think the industry’s going to look like once this crisis is over?

It might be pretty messy during the beginning. I’m sure that it’s not going to be pretty regular just like that at the beginning when the governments can say that they stopped, they control the virus. I think they will just let people go to smaller shows, stay open the smaller clubs, which is pretty good, better than nothing because we should be afraid of coming back from the pandemic. That’s worse than what’s happening now, and the bigger, the faster, those bigger concerts probably we will need just to wait a little bit more for that decision. That’s my opinion, but this is usually how it works. A virus, it’s a pretty weird enemy and it’s actually easy to control and to kill, but the only thing is just to stay isolated. You need to let them die in isolation, because the only way to survive a virus is just to avoid spreading it around and you can contact somebody and spread it, and this is what we’re doing to avoid that. Discipline and cooperation, it’s the only thing we can do to hit the road again sooner than later.

Yeah. It’s definitely scary times. Better to be safe and smart to save lives. To put things on a positive note, is there anything else that you want to say or add about the album?

I leave the interpretation and the emotions for fans like always. We have some, of course, my personal emotions like in between the lines or with the lyrics or music, but the metal gets pretty good leaving that room for interpretation and I love that as a fan. I want to just leave that as well for fans. This is brutal music that I think now all Vader fans, they know us and they know what to expect from Vader, so this is just the next album and pretty brutal. For those who know us from the last albums, that might be a little bit more surprising but not that revolutionally different, just more brutal than usual, even more brutal. 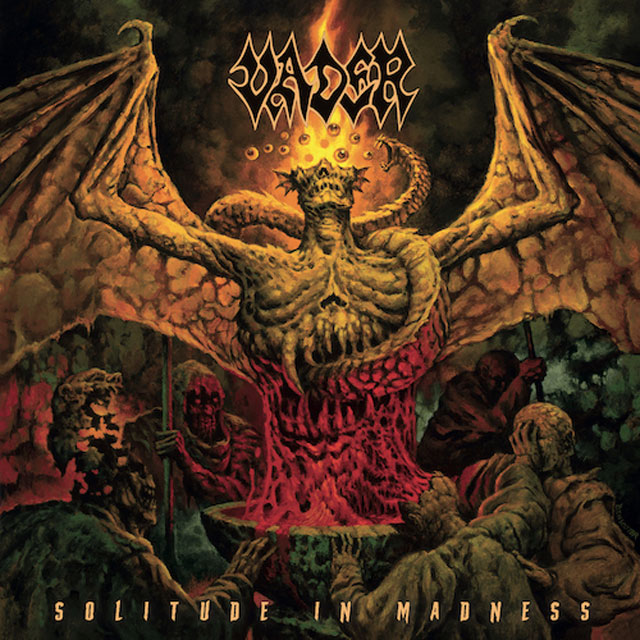 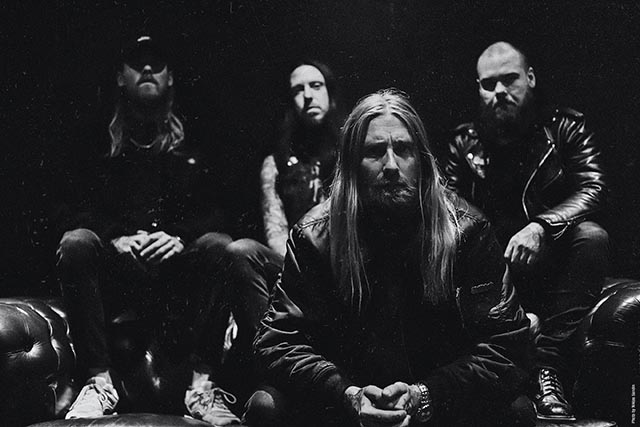