Subsignal started out as a side-project back in 2007 by former Sieges Even members Arno Menses (vocals) and Markus Steffen (guitars). It’s incredible to imagine how much time has passed as the German progressive metal/rock outfit released their overall fifth studio album La Muerta this past May via Gentle Art Music. Luckily, we were able to speak to Steffen to discuss more about the new album as well as what keeps them going.

How have you been enjoying the feedback on the new album, La Muerta thus far?

Yes, of course. The feedback has been amazing so far. This is something you cannot take for granted. We are extremely happy. I mean, we were aware of the fact that ‘La Muerta’ is different to its predecessor ‘The Beacons of Somewhere Sometime’. You never know how people will react to a new album.

What made you decide on not having any conceptual connections or themes to the album?

It was not a real decision. After ‘Beacons,’ we simply started writing. The songs that came out were very different to each other, each one would stand on its own. And we didn’t feel like doing another concept album. The focus was on writing good songs, a good collection of songs.

Was the writing process for La Muerta different than The Beacons of Somewhere Sometime?

Basically, we wrote as usual. We usually have no real plan. Once an album is finished, we continue seamlessly with composing. That ‘La Muerta’ sounds so different now than ‘Beacons’ was certainly not intended. Many things happen rather subconsciously.

Overall, how do you feel about it compared to previous efforts?

‘La Muerta’ certainly is more catchy, more melody-driven. Maybe more transparent concerning the production. On ‘Beacons’ there was this huge wall-of-sound which was something the album needed. But the new songs needed a more subtle production. We focussed on the little things, the details, things that you probably won’t recognize on first listen. I mean, there is a lot going on in the songs, they are a challenge to play, but I think they are more accessible compared to everything we had done before.

Originally, you guys started out as a side project, what has kept you going?

The love for music! The friendship between Arno and me! When Arno and I left Sieges Even we simply turned our little side project into a ‘real’ band. I was pretty clear that we will not stop. And I am very proud that we have come this far with Subsignal. It was hard work and still is… But we enjoy this ride. And there will never be a Subsignal without Arno or without me… It is our vision, our brain child.

Have you considered touring outside of Europe?

Of course, we consider all the time! But the problem is to find the right promoter who is willing to collaborate and to book us. If you make us a reasonable offer we will be there! But each of us has family, kids, responsibilities. We simply cannot play for nothing.

What made you switch to Gentle Art of Music?

‘The Beacons of Somewhere Sometime’ was our last album with our old record company ZYX. the contract did expire. Kalle Wallner of Gentle Art of Music approached us with an offer and so we said yes. I have known Kalle and Yogi Lang for a couple of years. They are doing a terrific job with their label, they have great bands. And they had a vision for Subsignal. They had a major impact on how ‘La Muerta’ sounds. For me, as a guitar player, it was a dream working with Kalle because he is such a fantastic and experienced guitarist himself.

Where do you see Subsignal in say, five years from now?

We have no masterplan. The only thing is: keep on writing, keep on playing as long as it is possible.

Are there any festivals you would like to perform at?

Of course, I mean, there are so many great festivals, e .g. ‘Be Prog My Friend’ or ‘ProgPower USA’ to name but a few. If it was up to us, we would play each and every festival possible. And we have also played some of the big prog festivals, like ‘Night of the Prog’ in Germany, ‘Prog Power Europe’ in The Netherlands, and ‘RosFest’ in the USA. It is always great to perform at a festival and meet other musicians and fans.

Is there anything else you’d like to say to your fans?

Thanks for supporting us and joining us on this rollercoaster through all these years! 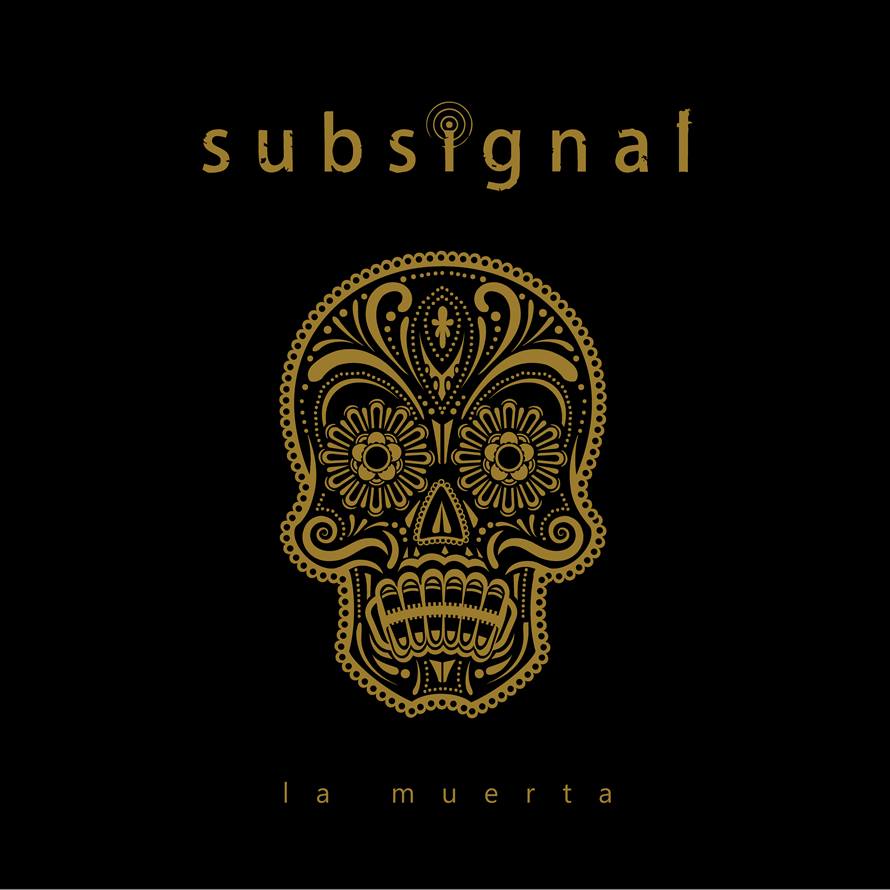