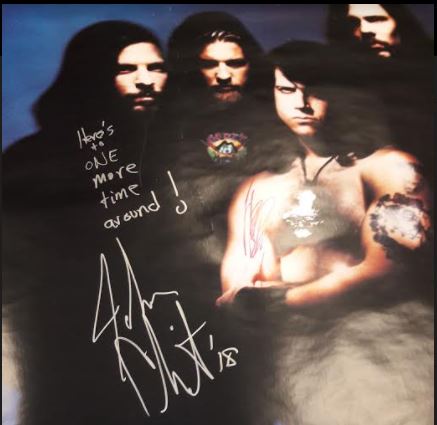 Today we have Part II of my interview with John Christ. You can find Part I here.

I asked John about leaving the band and his feelings about the current lineup. John states, “Tommy Victor… you know… he did Glenn a huge favor when I left. He stepped into a huge spot. He didn’t try to copy me… he did it his own way and that was fine. He and Glenn have been tight ever since.”

He continues… “Tommy Victor… great player, but he (and those other players) don’t attack the songs the way I did. If you don’t beat the hell our of your guitar when you play ‘Am I Demon’ and ‘Twist of Cain’ and you don’t just beat the living crap out of it, it’s never going to sound right. So when I see videos of Danzig with all these other guys playing (Danzig I – IV songs), it seems like a cover band playing… you don’t feel like you’re being assaulted by the band. Like the early days… we were caged animals up there and it’s never been the same since.”

Undoubtedly John has much respect for the current members but believes that there was something special about the original Danzig lineup and how they played those songs together. “I know Glenn is getting ready to do a bunch of stuff in Europe with Steve Zing. It would be fun (to go with them).   It’s been 30 years since we did it (together). Definitely I think there’s a demand for it. The chemistry between the four of us…. And yeah, the tension created that chemistry… that fire!”

“That one started just from those chords, the e minor to c ,to a minor, down to g, then a minor, d, c – that started out as a quiet arpeggio part. Glenn said ‘I want some sliding notes’. I said ‘it’s a quiet part.’ He said ‘it doesn’t have to be too heavy.’ I started playing around with some chords and playing full chords but in a higher register and then sliding them. We did that for a while and Rick Rubin came in and said ‘it’s a little too much – make it a little sparser.’ And while I was playing that, Glenn heard the loud part (of the solo) in his head. So now we got the contrast. He heard the riff and then said ‘let’s make the main riff like this…’ and then I added the extra harmony parts. First we had the squeal, and then on times 3 and 4 (of the riff) I would add a major third and minor third harmony on top of it; so it gave it a thicker texture. At the very end of the song we have the same thing but its just two octaves higher. It’s the same part with sustain instead of the slide.”

John opened up about his early days with Danzig and those first few shows “We opened up for Slayer and we were still becoming a band at that point. We were still getting to know each other, musically, and working out the personalities on tour. The fans were getting used to the new sound. This was much bigger and more powerful. Chuck Biscuits on those drums, he was an animal, literally. I’ve never seen anybody work that hard in my life.”

As someone who attended many of those shows in the early Danzig years, I can certainly attest to the energy on stage. Indeed, there was something special. Whether it was Biscuits pounding away on “Godless” or Christ and Eerie Von looking like these hulking twins of doom on either side of Glenn as he belted out classic cut after classic, there was something there that has not yet been duplicated.

“That was a magical time that we were together and doing it that way for as long as we did,” Christ says. “I just look back and wish that we’d all been more mature. Myself especially. I’d like to entertain the thought that had I been a better communicator we could have hung in there a bit longer and mended some of those fences at the time. I didn’t know how to do that and I didn’t know what to say.”

Christ was incredibly young when he joined Danzig and certainly never had the experience or wisdom that comes from being in this industry as long as the vets.   John is humble, professional and still passionate about playing guitar. You can see the passion in John’s eyes when talks about his students and when he talks about the songs. Imagine being able to experience that passion one more time.

We’ll have our conclusion with John Christ in coming weeks. 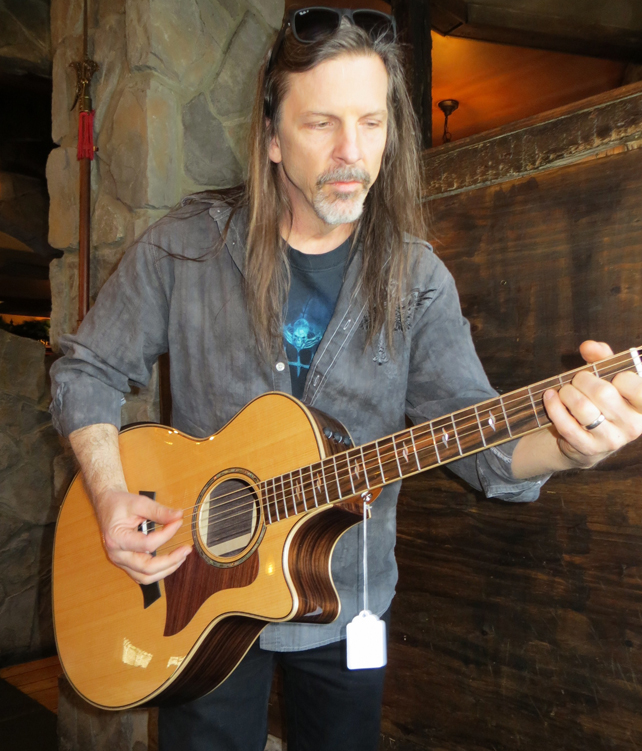