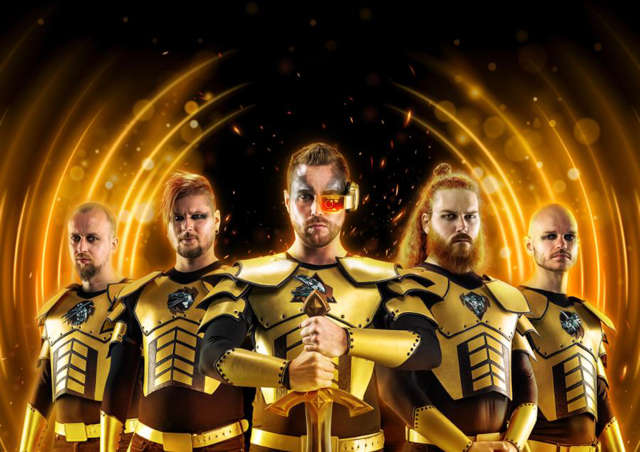 What was the process like recording Dinosaur Warfare Pt. 2 – The Great Ninja War?

Actually, it was the same procedure as every time. Same team, same studio. Like on the previous albums we worked together with producer Lars Rettkowitz in his Emperial Sound Studio here in Germany. He knows exactly what we want and how everything has to sound. Everyone recorded his parts on his own. There was never the whole band together in the studio, except for the final listening session.

How would you compare the new album to 2020’s Space Ninjas From Hell?

It’s simply one step further again. Of course we don’t reinvent a new wheel, and that is not our approach. But we always try to write the best music we can. As catchy as possible with memorable hooklines. I would say we have a very solid style and sound now, and you can definitely hear that on the new record.

Not much. Maybe we had a little bit more time, because no one knew when the pandemic would be over and when we’d be allowed to play live again. We always knew that we would only release the album when we would be able to tour. But basically, the songwriting process was the same as always.

Depends. I don’t have a regular answer to this. Some songs are very easy to write and you create them in one rush so to say. And then there are songs that take weeks and months until they are completed. Sometimes you have a good idea or a good part, chorus or verse or whatever, but you don’t find anything else that fits to this, and then sometimes everything comes together very easily.

What was your experience creating the video for “Mighty Magic Mammoth?”

It was a lot of fun. We shot everything in front of a big greenscreen, and the rest was added in the post production via CGI. We had to imagine that there is a big mammoth stepping around and to “act” to this. But all in all, it was quite funny with all of the fake snow.

We will have a little release tour where we tour Slovenia, Austria and Germany, and then some little festival shows in Germany. Hopefully there are more shows to happen in autumn and winter. We will see!

It’s one of the best pieces of music we´ve ever written. Super catchy and silly. We have more slow songs on this one, not high speed all the time. But I´d say that there are some cool details here and there that will amuse the listener. So go and check it out! 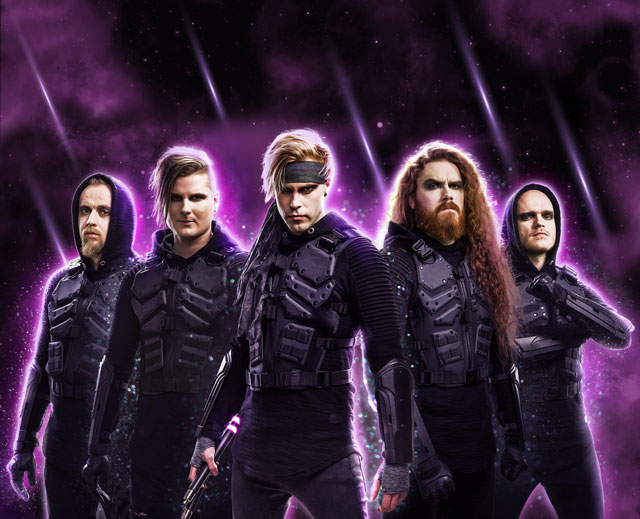