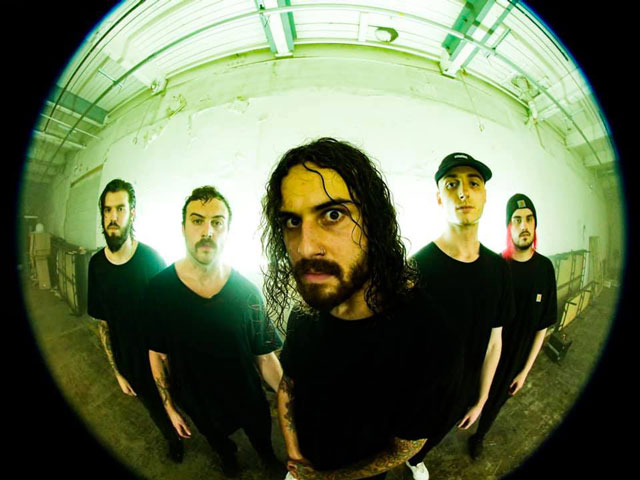 California metallers Spite’s overall third record, The Root of All Evil, has finally arrived on October 4th via Stay Sick Recordings (order here). From the first listen, the album holds a substantial amount of anger compared to their prior effort, Nothing Is Beautiful. We recently caught up with frontman Darius Tehrani on their latest effort, current tour, and more.

What was the process like for Root of All Evil?

Root of All Evil, it’s been a long time in the making. We started writing this album; I want to say, pretty much right after Nothing is Beautiful came out. Some of those songs are actually pretty old, but we started cracking down about a year ago. We locked in the studio for a few months. At one time, we busted everything out. But these songs, they were a long time in the making. I think it was a little stressful for me. Maybe not stressful, but a little more for me around the writing process. I wanted to focus my anger on my surroundings and the outside influence on it. So it was different. I tried writing before a lot of the songs were done and stuff like that. So it was interesting to me. But yeah, excited it’s finally out.

Now that it’s out and you started writing it right after Nothing is Beautiful, do you have material for say, a fourth album?

Oh yeah, definitely. We immediately started writing for the next album. Obviously, no one’s going to hear anything about that for quite a while. But we try to utilize all of our time home to write music, not waste any time we have, because it sucks when you get pressure from somebody, or they’re trying to rush you to make music. I can’t stand that. We try to do it at our own leisure.

I know that you wrote this a while ago, but can you discuss some of the lyrical themes?

“Reign in Hell” is the first song on the album. It’s bold. We might have it in the front for a reason. Probably the scariest song I feel like I’ve ever written, due to the fact that it’s about the scariest shit going on right now in modern-day society, and that is mass shootings. Kind of something that makes me feel the world is already too far gone. There’s no coming back from it. But I wrote the song from the perspective of someone committing the active shooting, and getting to the mindset to write that song is fucked-up. It felt really weird, almost like anxious writing it and listening back to it. But it kind of shows, the song depicts how unstoppable that problem is.

It’s just like, no matter what anyone tries, that shit is just going to happen. On and on and on again. I almost addressed the aftermath. I think the aftermath conversation’s kind of horse shit. It’s just everyone spewing out their opinions and what they think they need to do to change it, and it means nothing. It’s setting the stage for welcome to a life lived in fear. So that’s the beginning of the Root of All Evil. “The Offering” and “All I Know is Hate” are very similar but depicted differently. They’re written like two different stories, but they’re both generally about dealing with withdrawals and recovery.

The beginning of “All I Know is Hate,” is that pure serenity, which is using AA. It’s like me talking to myself, battling back and forth of dealing with an alcoholic substance or something like that. It’s a tough battle. So the songs are focused on that. “Judgement Day” is very much, again it’s like what’s going on around me that is making me this fucking anxious, pissed off, depressed, person all the time, and that’s social media. I think social media is kind of the root of all evil right now. It’s thriving. It’s just everything around me that’s making me this way.

Basically, the album is about reasons many are pissed off about.

Pretty much. Yeah. You could say that. A lot of people can connect to these similar issues.

Sadly, it’s beyond our control at some point. There’s nothing we could do. We don’t know who’s going to make the next shooting, who’s going to be the next social media bully, or anything like that. It sucks. It’s scary to think you put your own mind in that headspace. How would you perform that live?

I have performed that song live already, and it’s scary man. It’s gone over well without people even knowing the song is a very intense like roller coaster of a song. It’s super-fast, it kind of makes you grit your teeth and clenches your fist. It’s very intense. It goes over very well live. But it is like when I perform, I tap into this space that I don’t usually sit in, and you just let the adrenaline take you. It’s a powerful song. It’s a very powerful song.

You guys tend to incorporate different genres of music between thrash to deathcore. And I was curious, what made you decide to combine so many different elements?

Well, we all listen to a bunch of different kinds of music and different kinds of metal. We don’t want to be confined to a genre. I don’t like the genre label thing. I feel it separates the music scene and keeps people from coming together. I remember, back in the day, bands would do whatever the fuck they wanted and mix shows all the time. And now it’s like everything is very, like oh this genre or nothing else. It makes shit a negative space. We don’t like being confined to that. Our ultimate goal is we’re going to play metal. It doesn’t matter what kind of metal we’re fucking playing, as long as it’s heavy and it’s pissed off. That’s all we want to do, is get that genuine feeling of anger and heaviness out. However we want to do that, we’re going to do it.

What are you guys angry about?

The way it worked was, Nothing is Beautiful was written during a very narcissistic point in my life. I was completely lost in alcohol, and I was just so self-absorbed and in my own head, and I was like, fuck my surroundings. Fuck everybody. Everything’s about me. I’ll admit it. I was super self-centered. For the Root of All Evil, I took a break from all of that. I was soaking in my surroundings, and that’s how I wrote the album. And that’s what I was inspired by at the time. But already, I’m going through some shit right now, and I’m ready to write this third album and tap back into my fucked up head for a little bit.

It’s interesting how you said that you were self-centered back in the day and a narcissist. How did you step out of that mentality?

Well, I feel like I made a lot of enemies during that time. It was a productive point in my life. I was doing anything it takes. I still am, but it was a place that got to a point where I was getting out of control, and it was becoming dangerous. So I quit drinking, and it changed my life around, because I’ve been lost in that shit for years, and I felt like a different person for a long time. So trying to find the balance because I think there needs to be a happy medium. I don’t like being too content with things going on around me. I’m in a weird space right now too. You know, you’re always changing.

Are you sober now?

I am not. I was for a year and a half, but a few months ago, I dabbled into things a little bit with that. I learned a lot in that year and a half, and I think I’ve taught myself about moderation and having control over myself, and I’m trying to play with it and see if I can make it happen. It’s all trial and error, but it’s a weird road to go down.

No, of course. Having control of it is what’s important.

Oh yeah. But again, I’m not the same person I used to be a year and a half ago. It’s different now.

Can you talk more about your upcoming tour?

We are going on tour with Chelsea Grin, The Acacia Strain, Traitors, and Left Behind. It’s a tour that I think people have wanted us to do for a long time and all these different bands to play together. It’s like who you want to see Traitors with you? You want to see Spite. I feel like these names always get recycled within each other’s circles. I think that it’s like a super chorus. It’s a definitely a power tour, and I think people have wanted this for a while. So I’m excited to see how these shows pop off, because like every band on this lineup is uniquely heavy and just devastating. I’m pumped.

Is there anything else you want to say or add about the album or any upcoming plans in early 2020?

I’m hoping to get overseas soon. I would like to tour the Root of All Evil worldwide. We do have a headliner that’s all set up and ready to go, which you’ll be hearing about fairly soon. I think it’s going to be crazy. We got to handpick all the bands, and every band is unique and bringing something new to the table, and they’re the top dogs right now. So that tour is just going to be nuts. I can’t wait for y’all to see the Root of All Evil tour. But yeah, take the time to listen to this album. If you like it, buy it. It helps the band out a lot if you support us. Go through the lyrics. Take what you will from each song, and I hope you’re digging it.

I’m looking forward to hearing back from everyone and what they think and their favorite songs and stuff. Thank you guys a lot. 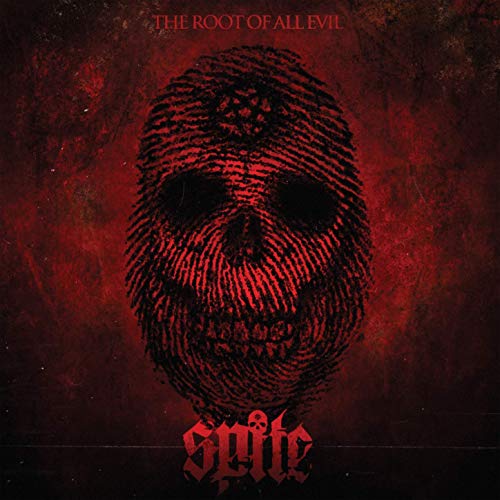