Similar to Wendy, Wright has been keeping himself busy between the arrival of Dream Child’s debut album Until Death Do We Meet Again (via Frontiers, order here), and the upcoming shows for Let There Be Rock – Orchestrated. The event is set to have a unique production experience that includes AC/DC music with an extensive lineup including Wright, Tim ‘Ripper’ Owens (ex-Judas Priest), Richard Fortus (Guns N’ Roses), Daxx Nielsen (Cheap Trick), Gilby Clarke (former-GNR), Michael Devin (Whitesnake), and more being backed by a 30 piece symphony orchestra to perform AC/DC classics. The U.S. event is scheduled to take place at the Belasco Theatre in Los Angeles on January 19th, 2019. We spoke to Wright about the upcoming Orchestrated event, the new Dream Child album, the Dio Hologram and more.

Can you tell me more about the Let there be Rock Orchestrated event?

We’ve got the first shows coming up in Australia, the first one is November 30th in Melbourne, and then the three other ones in Perth, Sydney and Thirroul. The idea of it was created by James Morley, he’s a bass player. He’s played in the Australia band called The Angles, and he called me up and asked me if I was interested , and I said, wow yeah that sounds great. What a great idea with an orchestra, that music, I don’t think it’s ever been done before. It has with other bands, but not with ACDC music.

​Anyway, we started to form a group of people of musicians to play the Australian shows, we have Ripper Owens singing, a girl called Cynthia Gallie who’s amazing, Steve Balbi, Joe McDonald, Paul Christie, they’re all respected Australian musicians. So yeah, that all starts November 30th. Couple of days rehearsal before. There’s those four shows in Australia and then there’s one in, so far  in January, January 19th at the Belasco theater here in LA. And that’s got a whole bunch of different killer players like Richard Fortus from Guns N’ Roses, it’s got Daxx Nielsen from Cheap Trick, Ripper Owens again, Whit Crane from Ugly Kid Joe, Gilby Clarke from Guns N’s Roses, Michael Devin from Whitesnake, Doug Rappaport from The Edgar Winter Band, Joe McDonald, James Morley again, it’s his idea so he’s going to be doing that and Cynthia Gallie, as well. It’s going to be a hell of a night. 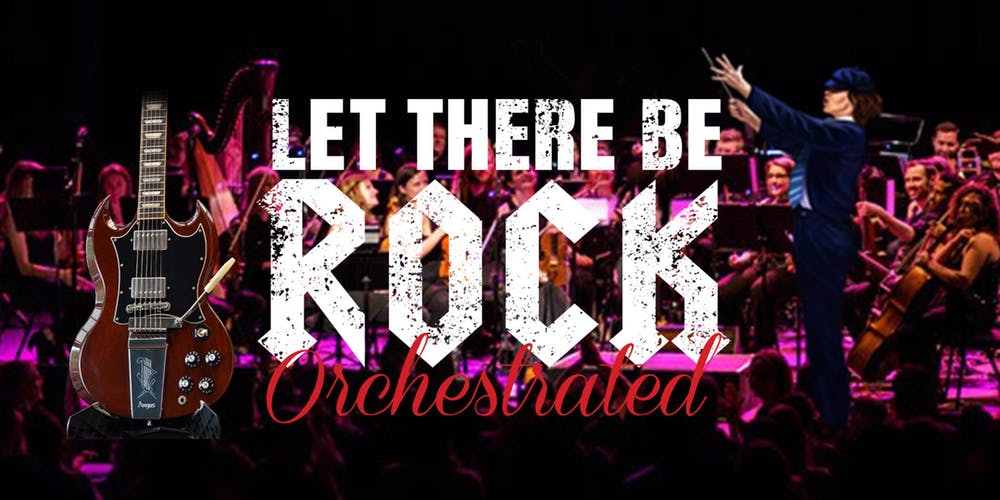 That was a conversation that Craig Goldy had with the owner of Frontier records. I’ve been in contact with Sarafino about another project before dream Child, which didn’t happen. So I already had a connection there with Frontiers. But Sarafino has great if he could get a hold of me, and Rudy Sarzo, to do a split album in the vein of Rainbow Deep Purple, you know, that was the way that Craig was thinking about doing an album anyway. That kind of vein of music, because you don’t really hear that very much. I thought it was a great idea. I said that sounds great, I’d love to do that. And then Rudy got involved and Craig had kept in touch with Diego, Diego Valdez, singer, for quite a long time and everybody just came together at the right time, you know, the album turned out pretty good I think and I really enjoyed playing it. Then hopefully at some point we can get out on the road with it you know, and play it live. 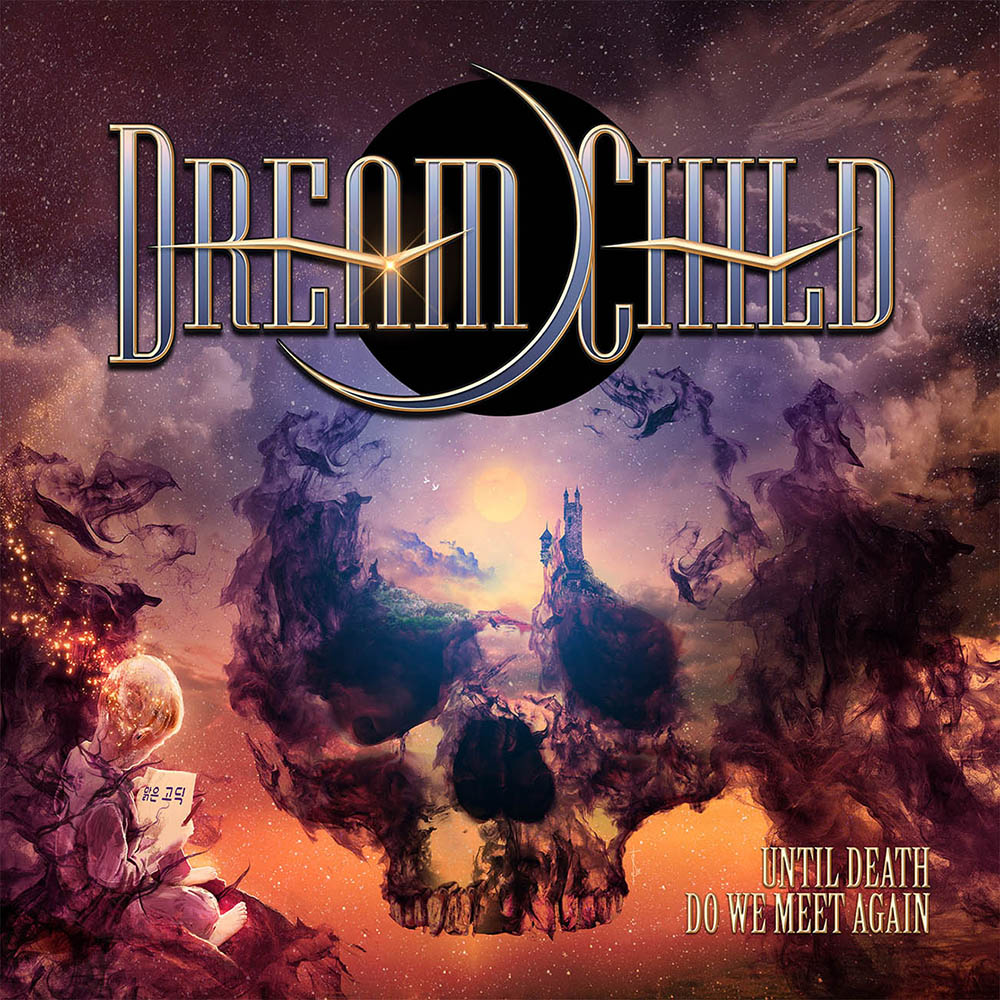 Do you guys have any touring plans or shows coming up?

Between your other projects how was the process recording the new album?

It was good, I mean, usually most times I get sent material or at least lately, and I go in, by myself in a studio and I record the drums, that’s kind of like a session thing. This Dream Child thing, album, was kind of like that except Craig came up from San Diego, and we sat there and I played some stuff and we kind of tossed ideas around, not much, because I think he trusted me to just do what I do and see what came out and he was really pleased with it. But it was good to have him there because, a lot of the stuff on the demos that he sent me was drum machine, and in my mind I would definitely not play like that, I’d play like me, I’m not a drum machine, you know? So it was good he was there to make sure all the parts came out right. Because he had a vision for it.

It was really good, it was really fun doing it. There’s some great songs on there, it does remind me of Rainbow, Deep Purple, not so much Dio, a lot of people think it does, but it really doesn’t to me, but that’s okay.

Speaking of Dio, what was it like playing with the  Dio hologram?

​It was good, we basically had a job to do. I had to play on headphones and play to a click track when we did the songs with the hologram, with Ronnie, because it just got to be that way, you wouldn’t waver from what he was singing. And that was a little bit different because I’m really old school and stuff like that so that was a bit strange but we got it figured out and we had a great crew, who organized everything with the hologram and stuff. Yeah, it was good, you know some people had their reservations about it but the majority seemed to really like it. There seems to be a lot of people who are not sure about it, well the only thing I could really, really say to them was to come along and see it and if you don’t like it, you don’t like it, then fair enough. But a lot of people seem to be talking about it and they haven’t even seen it, or they’ve seen it on YouTube, and it’s not the same thing when you’re there. It’s definitely like a big rock show, it’s definitely worth a look.

Given the opportunity, would you perform with a Bon Scott hologram?

Speaking of both Dio and AC/DC, are there any newer bands you think that you consider the next generation’s AC/DC or Dio?

I haven’t heard any that are kind of like, I think there have been bands around, that do that kind of medieval kind of big rock sound, you know, some people call it like power metal or something? I don’t know. But that’s been around for a while now. I haven’t heard any new stuff of that, there’s been a couple of bands, maybe like Airborne, they pull a lot from AC/DC and I think that’s a good thing. But they’ve been doing it for a while now, they’re not really new. The newest thing I’ve seen is this Greta Van Fleet doing this Led Zeppelin, I don’t want to say impersonation, but they sound awfully like them.

They blew up out of nowhere.

​I know right? And they’re really young too and I’m like who are these kids? They sound awesome you know?

Yeah, great band you know? I mean you got to look at it too, it’s kinda like they just sound like Led Zeppelin but they’re definitely not touring at the moment, you know what I mean? It’s like there’s not as many bands touring at the moment as there used to be so, any bands that are releasing stuff that’s good and cool, and on the road, everybody should go support them.

Well, we got that show with the big rock orchestra and big plans made at the moment to continue on with the Hologram tour with the Dio returns hologram tour. That’s being put in place in the moment, can’t really say much about it because nothing’s confirmed but I think that is hopefully going to take up a big part of next year. There’s also some talk of taking the Let there be Rock orchestra to England and Europe next year, and again, that’s being talked about. So everything’s a bit up in the air at the moment but hopefully it will all come to be realization, you know?

What is it like for you to have such a legendary resume?

Legendary? Hahaha. It’s great. No I don’t really look at myself as legendary, I just play as good as I can and as long as I can. I mean I really enjoy playing and to actually have it as kinda of a job, is really cool when you get to play with some great people and stuff and play to some great crowds and met lots of good people. I’m just lucky to have gotten to do that and I appreciate it.

Looking back, is there anything that you wish you could have done differently?

​No, not really, I don’t really look back like that because, what’s been has been, you know you can’t really change it and things have been pretty good. There’s been some, you know, great times, stupid times, but that’s just all part of being involved in rock n’ roll. No, I don’t think I could change anything really. 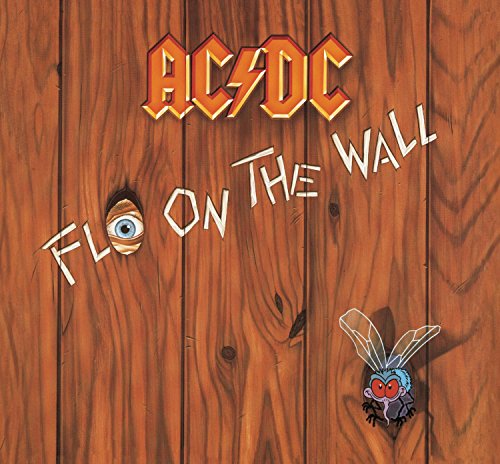 Out of all the albums you’ve worked on, which one holds closest to your heart?

​Hmm, well, I must say that when I did Magica with Ronnie, that was really special. I felt pretty proud about that and I was hoping that everybody would enjoy it. With the input that I had on it. And it was great to put that together, to help with some of the demos for the album, which took quite a long time but it was very enjoyable and I feel that was quite a special album. But I think also, the very first AC/DC album I did, Fly on the Wall, was obviously, that was the first album that I did with them so it was, wow okay, here we go. It’s the first album with this band. You know, I was just a kid so, I got to make an album with AC/DC it’s like, Holy Cow! You know. Yeah and it came out and stuff and sure, there wasn’t a “Hells Bells” on there or a For those About to Rock and stuff, it was a different album, a different time, but I was still quite proud of it. 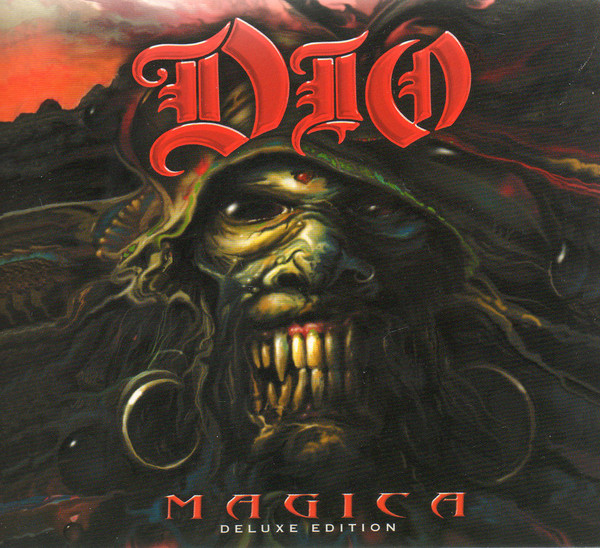 Is there anything else you’d like to add or say to your fans?

Oh just, thanks, especially these days, thanks for keeping in touch on Facebook and stuff like that, that’s really cool. I know some people think it’s kind of cheesy, but I appreciate it. And Oh I must mention actually, next week we got the Bowl for Ronnie which is coming up on October the 25th at Pinz Bowling center. It’s a great night out and the funds go to the Stand up and Shout, Cancer fund. There’s celebrity bowlers, Steven Adler’s going to be there, a whole bunch of people and stuff, hosted by Eddie Trunk. It’s a great night out and if anybody’s in the vicinity, I highly recommend it, it’s a good laugh and you get to meet some of your idols and stuff and I’ll be there and all of them have to talk so it’s going to be a great night out.