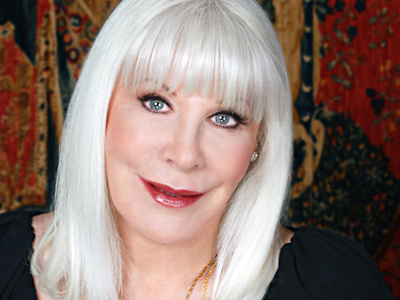 Tomorrow (25th) is the fourth annual Bowl for Ronnie celebrity bowling party, benefiting the Ronnie James Dio Stand Up and Shout Cancer fund. We spoke to Wendy Dio on the event, looking back on managing her late husband, loyalty of metal fans, and more.

What are you looking forward to the most about this year’s Bowl for Ronnie?

Well, so once the project ends, this will be our fourth time doing it, and we always have so many celebrities come, and Eddie Trunk is always our host, and he will have these celebrity teams, which is fantastic. Last year we did it and we will do it again this year, where we’re auctioning off a place on the celebrity team with them.

​And so far I think we have Tom Morello, who always brings his own ball, we have Marc Ferrari, we have Doug Aldrich, we have guys from KoRn, guys from Tool, Steven Adler, and the list goes on and on; and as it gets closer to the date, more people come in, because, you know they just do; and it will be a real fun evening, and hopefully raise a lot of money for cancer.

How are you carrying on the legacy of your husband?

​Well, I’m trying to keep his music and his legacy alive as much as possible, and also raise as much money as I can, for cancer research and education.

That’s beautiful. What was the hardest thing about managing Ronnie?

​If he came to me, I would have to go on the phone and say: ‘Come on, we got to get this truck moving.’ So one day I was really busy and I said: ‘Look, I don’t have time to be sitting here.’ It was a half hour argument. ‘You always end up doing them, so why’d you give me such a hard time?’

Are there any younger musicians you think might be able to carry on throughout multiple decades?

Hard question. There are a few. It’s really hard because of all the innovators are dying off, and there’s not anything; you know, you can only invent the wheel so many times. It’s really hard to kind of develop new music now. I think Slash’s kid is 16 years old, his son, and they’ve got a cool little band that I listen to called ‘Classless Act’. There’s a few bands here and there that I hear that could make it. I don’t see anything really … Halestorm is fantastic, I love that band; and they’re making it. ​It’s really hard for me to judge bands when I’m so used to the classic old bands.

Understandable. Speaking of classic bands, back to Ronnie, the Hologram Tour, is that still going? I remember it was on hold and going to continue soon?

​Did you know that?

​No. I did not know about Amy Winehouse. I had heard about Freddie Mercury.

​Oh, Freddie Mercury, right, and also Frank Zappa? Actually, and of course they did the one with Roy Orbison, which I didn’t think was very good, but who am I to judge? I think that the one with Ronnie is fantastic because we have Ronnie’s band, his actual original band that he played with on and off for 17 years; And we have that band going out with the hologram.

What do you think about the people who are skeptical about the hologram tour?

Yeah, of course. it’s new. I think we were one of the first people to even think of about doing it. So you always get that. I just think that everybody is entitled to their own opinion, but I do think they should see it before they criticize it. That’s my only thing. To criticize something you haven’t seen is wrong.

​And anyone that saw Ronnie in 1986 with the ‘Sacred Heart’ tour, saw that we tried to make a hologram; where we opened the show with Ronnie’s head in a crystal ball, which was done with a rigged projection, and him speaking about coming over the Rainbow bridge. Ronnie was fascinated with holograms. He always used to go to Disneyland, and watch all the holograms and things. So I think he would definitely approve of this.

Awesome. It’s also a good way to just keep his music relevant throughout the years for both the younger generation and for fans who can relive the glory of his music and live shows.

That’s why we did the hologram, was, to do the new hologram was to keep, obviously, Ronnie’s music alive. But also to let the fans that loved Ronnie come see him again; and the ones that never got the opportunity to see him, to be able to see him.

Exactly. Between Slayer and KISS’ having their farewell tour and many more. I know KISS just announced theirs and Slayer recently finished their second leg. How do you think how Heavy Metal will change in the next few years, or so, with many major bands retiring?

​Well, this is a problem. Most of the big names are retiring, or dying. We lost Lemmy, from Motorhead. We lost so many good ones, David Bowie. We’ve got so many people; and the other bands are getting older, but, you’ve got Deep Purple, Judas Priest; they’re still going ….and Scorpions … but I don’t know how long, too much longer people are going to go; and what is going to take their place? Hopefully, some new young band, hopefully.

​Heavy Metal fans are very loyal. Incredibly loyal. Ronnie has passed nine years now, and we still have two and a half million people that are faithful.

There’s definitely a big loyal fan base for Ronnie, especially when Gene Simmons tried to trademark the Devil Horns. Dio’s fan base instantly reacted with ‘No! That’s not how it happened!’

​Well, Ronnie didn’t create it either. He took it from his grandmother. It’s an old, old, old Maloik sign that’s been around for centuries. It’s an old Italian front to ward off evil, or give evil signs. It depends on how you use it. But, that was Ronnie just happened to do it because one day, he used to see his grandmother do it all the time, walking down the street in upstate New York, which is a big Italian heritage; and Ozzy … when he took over in Black Sabbath from Ozzy, Ozzy always did the Peace sign. So, I think one day Ronnie just did that sign out of the blue because it was a different sign; and it just happened to catch on. ​I don’t think anybody owned it. Ronnie just made it popular.

​Let’s see. Taking it a little bit easier than I have been. Although I am re-releasing a bunch of stuff of Ronnie. Albums, with some special bonuses, on BMG. That’ll be coming out. I think we actually have records coming out, a picture disc, on Black Friday; and then they will re-release a bunch of stuff in 2019. I carry my charity work on, which we do the ‘Bowl for Ronnie’ on the 25th of this month, which we do every year, and then we do the ‘Ride for Ronnie’ next year, which is going to be May 19th, I think. And I do a lot of other charities things. Last week, was in the ‘Cage with Dogs’, for the Brittany foundation. We were raising money for the dogs, for food and vet bills. Ronnie was a great animal lover, and he always used to support that cause.

​I’m involved with the ‘Freedom Foundation’, which is for teaching kids about American history. I’m doing ‘Designers gone to the dog’, in December, which is where all my friends get together, we put all our clothes, and bags, and shoes, and things we don’t want, and we have a big sale at my house, and we raise money for the dogs.

​I have a lot of things. I have a house up in Ojai that I’m hoping to relax a bit more next year. Yeah, those are the sorts of things I’ve got happening.

And that’s taking it easy!

​I’ve got Ronnie’s cousin, Rock Feinstein, David ‘Rock’ Feinstein’s album coming out next year. So I’ll work that. We got the hologram, so, we got a lot of things going on. I always say I’m gonna stop a little bit, but I never seem to.

​I think so. It’s good to keep busy. I think it keeps you young.

​Do you have any funny memories about Ronnie that you’re willing to share, that you haven’t yet?

​Oh God. Many. Let me see if I can think of one right now. We’d have fun all the time, we’d laugh and fight, we’d laugh, and we’d fight. ​I know that Scott got left off the bus, one time. The people there, he got out to go the bathroom, and the bus went on, and we had to catch a ferry, and when we got to the ferry he wasn’t there; and then we had to turn around to go get him, and then he was coming the other way. We missed him again.

​Things that happen on stage, things that are … that don’t work with the stage set. Something happens and it gets … somebody gets tangled up in something, or caught in something, or taut behind the stage. Just like Spinal Tap, actually! Many times, you walk around: ‘Where’s the stage?’. Corridors. Walking around in corridors looking for where you get to the stage.

That’s funny. Back to Bowl For Ronnie, is there anything else you want to say about the event?

Just that we’re gonna raise money…we’re working with Dr. Wong, from UCLA, about saliva tests, because women are pretty good at getting checked, so we work on Men’s care for Prostate, Pancreatic, and stomach cancer, which is what Ronnie passed away with; and we try to educate people to ‘Early detection saves lives’. Go out there and get checked. It’s very, very important.

​And come and see us, and bond with us, or donate, to cancerfund.org; and every penny that we have, no administration costs, have 14 board members, we’re all volunteers, every penny goes to support the research and education.

​We’ll have a fun time. It’ll be fun. Bowling, and if you want to bid on a … to win on any rockstar celebrity team, that’s fun. You hang out with celebrities. We have a fun time bowling, and there’s a raffle. It’s a fun evening. Hopefully raising a lot of money for Cancer research.

It’s so sad, so many people are dying from this disease.

It seems like it’s rampant these days. It doesn’t matter who it touches. We’ve got to find the cure. Sometimes I think the Pharmaceutical companies don’t want to find a cure.

I agree with that.

Pressed on with people that we know are really trying to find a cure. Which is what UCLA is trying to do.

It’s very scary, it’is almost as though you can get cancer from drinking water these days. It’s horrible.

​It’s more nowadays. I think it’s a lot of the, of all the preservatives they put in the food. Because years ago, you didn’t even know anyone who had Cancer,  or if it was it was few and far between. Now, everybody knows someone that dies of Cancer.

Hopefully we’ll find a cure, and move on until the next disease gets discovered.

That’s right, yeah. Well, Autism is the next one, you know? Seems to be rampant now, there’ve been kids, it’s a horrible disease. Let’s talk about a happier note. We’ll move on, and we’ll do things while we can, and I just think that if everybody could just give an hour of their time, some time to do a good deed, or do some charity work, it would be a much better place. 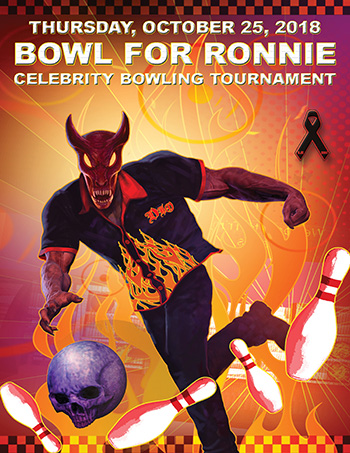