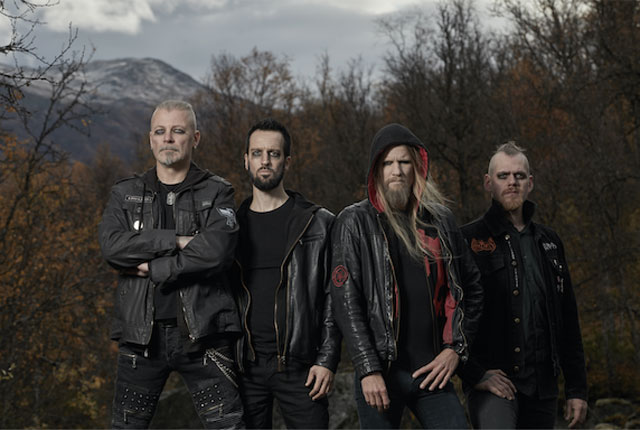 On May 3rd, Kampfar’s new album, Ofidians Manifest, has finally arrived via Indie Recordings (order here). Musically, there’s a lot to digest on the follow-up to 2015’s Profan as one listen isn’t enough for this brutally bleak composition. We caught up with guitarist Ole Hartvigsen to learn more about the new record, how the Norwegian black metal scene has changed over the years, and more.

What is the meaning behind Ofidians Manifest?

Ofidians Manifest is the manifestation of what all of us in the band have experienced over the past few years. Ophidian/the snake represents our struggles, the devil on your shoulder, the splitting of truths, but also the desire to keep fighting. It is, in a nutshell, our lives captured into an album.

Despite your overall changed style, how would you compare the album’s sound to your previous works?

I think it’s a more personal and direct sound. What we aimed for this time was to create an album that sounds “closer” to the listener with a production that matches that expression. There are less reverbs and effects, and the vocals are much more focused in the sonic landscape. I think this album is a bit darker and heavier than Profan, which had more of a cold and bleak feeling to it.

Can you explain some of the lyrical themes?

Dolk writes all the lyrics and he knows the deeper meanings for each song, but I think he managed to capture the emotions of all of us in the band. We’ve all had our personal struggles this past year, and I experienced death first hand when my father died as we were writing this album. The last song, “Det Sorte,” is heavily influenced by this. The battle with personal demons is central throughout this album. 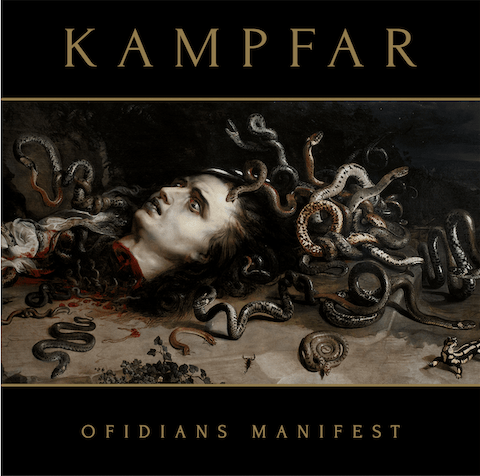 In your opinion, how has the Norwegian black metal scene change within the last 25 years?

I think both the scene and the world we live in is a million miles apart from 25 years ago, really. Back in the days everyone involved were young and exploring, new bands were popping up every day in different parts of Norway and while communication was slow the development of the bands within the scene was really fast. Nowadays the scene is much smaller and many of the bands that are still here are well into their 40s and 50s. There haven’t been many younger bands to replace the old ones. Also, everything is much more accessible these days. Everything is available through streaming, YouTube, etc., and with social media the mystique of the genre is all but gone. Most of all though – and I think many people forget this – the scene in the 90s was extremely diverse. The bands were exploring different ways of expressing themselves and all of them had a very strong identity. As the scene matured some of that desire to explore disappeared, I think. That’s why we are very conscious to always think about _our_ path and what _we_ want to express regardless of what goes on around us. I think we’ve done that quite well, and I’m happy to see other bands like Gaahl’s Wyrd going in their distinct direction as well. It breathes a bit of fresh air into an otherwise drowsy scene.

We are currently living in an age where people appear to be easily offended. Have you seen this change and have you had any experience seeing art of all forms being censored more often because of this?

As a band we haven’t experienced anything related to this new “trend” yet, but obviously other bands in the genre have had problems with bullshit protests, cancelled tours and shows. You get a bit more careful about what you say and how you express yourself, for sure. Back in the day you could walk around with a shirt that literally said “Kill the Christians” and it wouldn’t be a big deal. Nowadays I’m pretty sure you couldn’t wear a shirt saying “Kill the <whatever group or religion>” without the internet going berserk and protesters banging on every promotor’s door. For us it’s not a huge issue, though. We’ve never been particularly interested in speaking about politics or other kinds of public noise – we focus on what we do best: our music and our stage performances. If someone finds something particularly offensive about that I’m sure we can deal with it.

Looking back, it seems like you guys haven’t toured the US since 2011 with Vreid, is there a particular reason why it’s been so long and are you working on planning a North American tour?

We’ve had many offers and we’ve been close to going back to the US many times, but there have always been difficulties. At the end of the day it all comes down to logistics and economy. Putting together a tour in Europe is a lot easier and involves much less risk with more reward. It’s a shame because we know that we have a lot of fans over there and we loved playing there in 2011, so we hope that we can make it happen again soon. It’s definitely something we’re working on, as well as Latin-America.

How have you changed as an artist since you first started?

I came into the band in 2011, so I don’t have the whole story first-hand, but what I can say is that we are probably more focused as artists than ever. By that I mean that we put a lot of effort into what we’re creating even before we make a single song or riff. We have a lot of discussions about what we want to create on an abstract level – then we figure out how to turn that into an album. So even though I’m writing the songs, the whole band is very much involved in the creative process.

I can say for sure that we are extremely proud of this album! It’s definitely an album that is very close to us and now that it’s out I think we’ve all realized what an important healing process it’s been. Especially for me and Dolk, it’s been a very important part of our lives over the last year or so. We can’t wait to get back on the road again with some of these new songs in our arsenal, and we really hope that we can get back to the States again sooner rather than later!