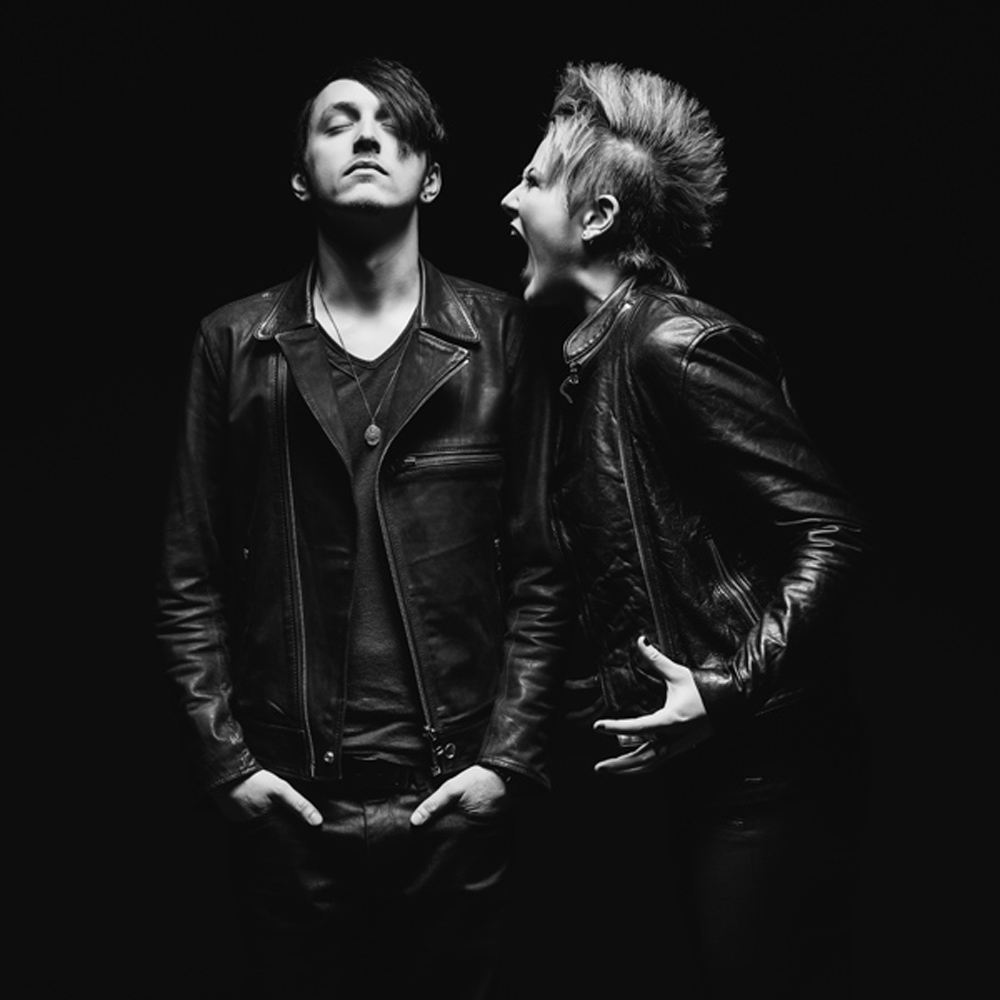 Tomorrow (14) will be the 8th anniversary of the passing of Type O Negative frontman Peter Steele. As big of a hole as his passing left in the landscape of heavy music, the band’s legacy continues on. New York by way of Pennsylvania duo Black Satellite are carrying on the dark, gothic legacy of the band, and while they’re more in the veins of Nine Inch Nails, or perhaps Garbage, the two pay tribute to Type O via a pair of covers they released as a follow-up to last year’s debut album, Endless. The two put their own take on the band’s “My Girlfriend’s Girlfriend” and “I Don’t Wanna Be Me.” We spoke to singer Larissa Vale and guitarist Kyle Hawken to discuss the reasoning behind this pair of covers.

Larissa: So we actually met in high school in a music class when we were 17 and we were just writing music together for a really long time and went through college. Then we just picked up and moved to New York and kind of dived headfirst into this whole thing and started doing it at a professional level.

How long have you been a band?

Larissa: Since 2011. Like I said, we were just writing things in our bedroom and you know we played a couple shows but we didn’t really have this iteration of Black Satellite until about a half a year ago.

How long have you been calling yourselves Black Satellite?

Kyle: We’ve been calling ourselves Black Satellite for a while. We had other people in the band who started out and then about a year and half ago, we kind of just lost a lot of weight and went with the two of us.

Larissa: We did have a drummer and bassist back in the day and then it became just the two of us.

Kyle: There was a lot of the typical band drama that we realized we kind of don’t need to put up with.

Obviously Type O Negative was an influence of yours. Tell me about any early memories of Type O and you guys

Larissa: I remember a friend passing along the song “I Don’t Wanna Be Me” and they were like “here, you gotta listen to this!” Cause you know, we were kind of young when they were in their heyday so we discovered it later on. And I was like, ‘hey this is kinda cool,’ cause I was a little bit skeptical, you know and then his voice comes in and it’s just like this crazy, powerful, force. And something drew me to it.

Was he still alive when you first heard him or had he already passed?

Larissa: No, he was already dead.

I guess that song made you go back and rediscover the band?

Larissa: Yeah and then I started diving into their other stuff, like “Black #1” and “My Girlfriend’s Girlfriend.” There’s so much of a story there and this kind of comedic writing style. It was really appealing to me.

What made you finally decide to actually cover the songs?

Larissa: I really wanted to do a decent tribute because there’s a couple covers out there that I really wanted to create something that did it justice – for us. Kind of like to tip our hats off to the great musicians that came here before us

What other influences would you say are in your music. Obviously there’s like the heavier kinda Type-O-y sort of thing.

Larissa: When I was growing up, I listened to a lot of like Marilyn Manson and Korn and Rob Zombie. And I think the both of us were connected over our passion for Alice in Chains.

Kyle: For instrumental, that’s what we listened to normally. I grew up listening to Ozzy, Alice in Chains and Deftones a lot. Which you can definitely get the Deftones vibe out of our music, probably more than the other two.

What are your plans for the rest of the year?

Larissa:-So, we’re always writing so we can always make another record, which is definitely in the books for this year. And for us, it’s all about jumping on the right tour because it’s been very particular in the way we branded ourselves from the beginning and we just want to do something that feels true to us and why we jumped into this industry to begin with.

Kyle: I would love to go on tour with Alice in Chains. The kid in me would be so happy. But I think Alice in Chains would be a good fit. Maybe like – I know Korn or Disturbed are working on new records as well.