For their past several albums, Clutch have been able to telegraph their progress. Fans knew that a new album would be in the works from hearing the band road-test new songs live. For their last several albums, they’ve hosted listening parties at studios where they played the songs live for a small group of friends and music industry types (we were lucky enough to be at both). Also, they announced that they’d be recording the follow-up to Psychic Warfare last year. Well, they’re nothing if not tireless workers, because it looks like they’ve already wrapped up recording.

Tweets from producer Vance Powell and singer Neil Fallon confirm that they’ve finished tracking the new album. It’s the first time the band have worked with Powell, as their last two albums have been produced and engineered by Machine. No release date yet, but with mixing, mastering, and setting up a release date for the album, it could be assumed that the record will probably be out this Summer. What will the album sound like? Well, Powell engineered and mixed Chris Stapleton’s From A Room albums, one of which picked up a Grammy on Sunday, so there might be a country twinge to the album. We’ll find out soon enough.

So, an hour or so ago, we wrapped tracking the new @clutchofficial record. I can’t wait for you all to hear it. But unfortunately, you’ll have to..

This has been my front stoop for the past 3 weeks. We wrapped it up last night. Endless gratitude to @Vancalot for making this endeavor such a blast. This one’s a doozy. pic.twitter.com/12N8aSI6oG 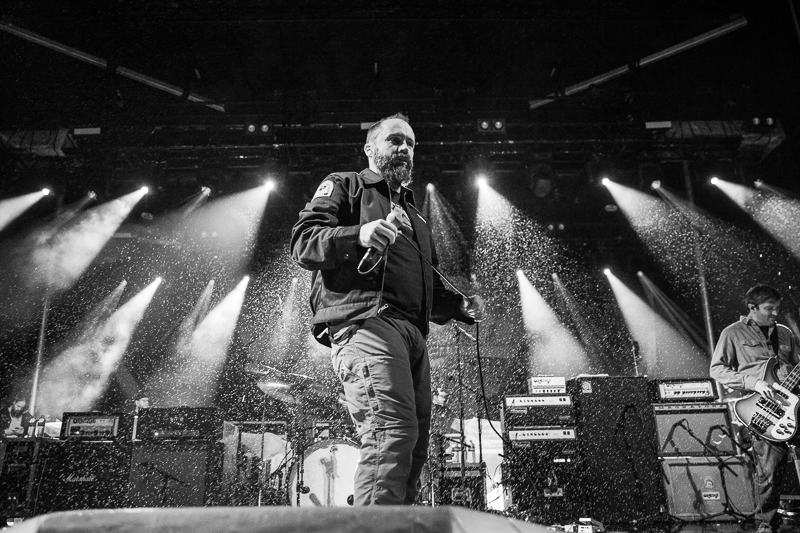