Phil Kennemore, bassist of 80’s metal band Y&T, has lost his battle with metastatic cancer. He was 57 years old, and along with frontman Dave Meniketti was an original member of the band. The band had organized a New Year’s Eve benefit concert for him this past New Year’s Eve, with members of Testament, Dokken, Queensryche, Keel and Heaven and Hell. Meniketti released the following statement.

“It is with profound sadness and disbelief that I tell you that my best buddy for 37 years passed away this morning, January 7, 2011 at 1 a.m. at Stanford Hospital. Bravely and steadfastly battling the horrible spectacle of lung cancer, at the end he was surrounded by his family members, and the Y&T family up until his final breath.

“All the beautiful things that I could say about my buddy Phil could never be summed up in a short sentence or two, and I promise that I will be back to say so much more about how I feel about him and his talents in due time. But for now, at 3 a.m., after just having returned home from his passing, let me at least put this out there.

“Phil Kennemore was not only a sweet and passionate man with his life, friends and family, but as an artist, he also had that rare ability to say what was on his mind with the most eloquent, clever, and to-the-point lyrics, yet could turn it on its head in a second with some other viewpoint on reality and nail the point dead center. He was able to do what very few can — say the things that others have been thinking, but could never quite seem to put into words. He has always had a keen knack for doing that.

“As a musician, with those huge fingers, his bass playing was always loud, strong, and deep, filling the largest or smallest of stages equally.

“He had an amazingly strong life force that has influenced everyone who ever had the opportunity to be called a friend of his. I am forever grateful for our lifelong friendship, that was always in place throughout the worst and best of times. I will miss his sense of humor, his amazing wit, but most of all I will always miss not seeing him to my left on the stages I will play from this moment forward.

“Yes, he was one of the class guys on this planet, and in this business, and I will always do what I can to spread the legacy of Phil Kennemore across the globe on every stage that I land on.

“You know how much I love you, Phil, and you knew how much your fans and fellow musicians loved and respected you. There was nothing left unsaid. You had a rich and wonderful life and I can only tell you that I was happy to have been alongside you every step of the glorious way.

“Cheers to you, Phil. 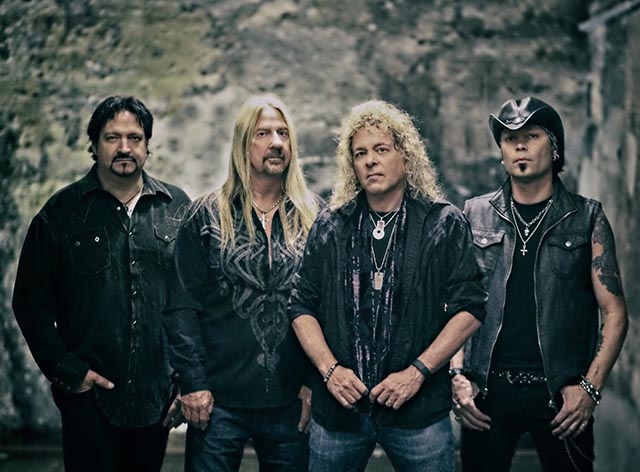