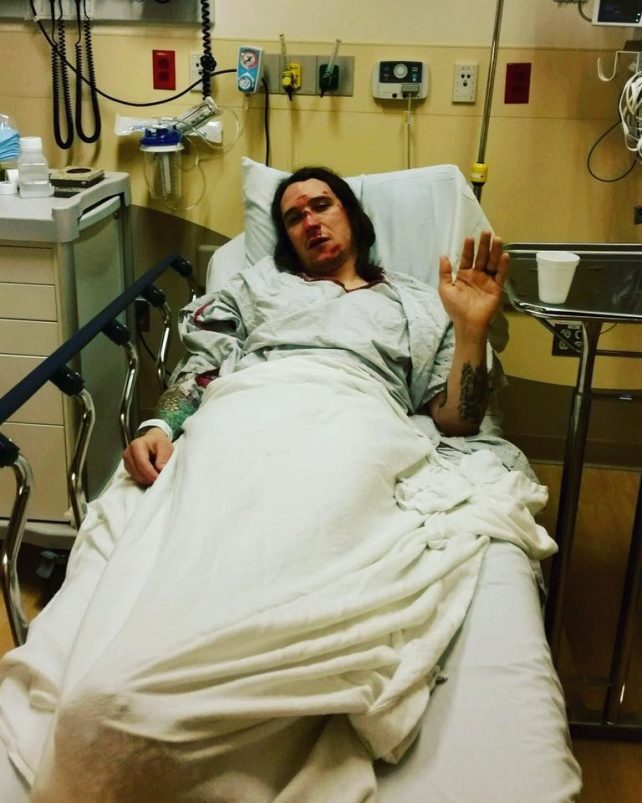 Life as a musician is basically a gamble. Making money from music isn’t guaranteed, and even if you’re in a successful band that tours, you’re still not guaranteed things many of us take for granted, like medical insurance. Deafheaven bassist Chris Johnson found out the hard way after suffering a bicycle accident, and has launched a crowdfunding campaign on gogetfunding to help get him back up on his feet. In his own words:

“This is a fundraiser to help cover medical costs from a recent bicycle accident, which resulted in me losing everything from my dignity (lol) to some teeth and beyond. I’ve had a few close friends suggest that I do something like this to help cover some of the expenses, so here we are, BUT, I’m going to work for it.”

The perks are actually good ones if you’re in a band. For $100, he’ll mix your band at a local venue. $250 will get him to cut a demo at your rehearsal spot with his gear, and $550 or more will get you a full day in the studio with him at Kurt Ballou’s God City or Mad Oak studios. This obviously is likely best for New England-area bands, but they’re pretty good perks, and the guy can definitely use the help, judging from the banged-up looking picture of him he posted on the crowdfunding site. The band’s North American tour with Baroness and Zeal and Ardor starts on March 8th, but they’ve got some international shows starting next week, so go on over and help Chris get his smile back.

Update: Johnson’s crowdfunding campaign appears to have been removed.