Knotfest will feature headliners Slipknot joined by Godsmack, Evanescence, Bullet for My Valentine, 311, Papa Roach, Behemoth, Carcass, Stratovarius, Nothing More, Suicidal Tendencies, Of Mice & Men, and many, many more. Forcefest will take over on the second day delivering headliner Rob Zombie along with W.A.S.P., In Flames, Saxon, Accept, Testament, Exodus, Ghostemane and more! Full Lineups for both Knotfest and Forcefest can be seen below. 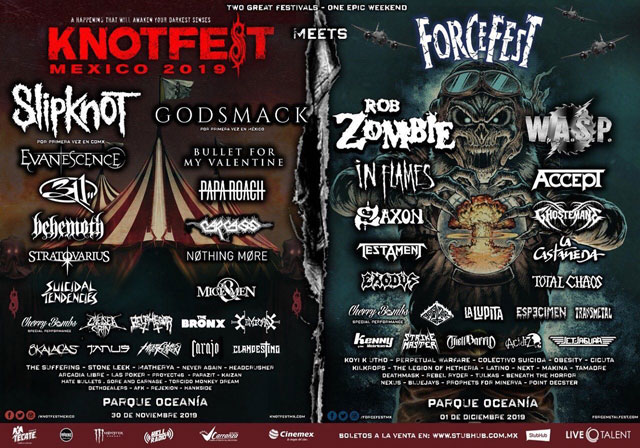