Slipknot and Evanescence had to cancel their sets at Knotfest Mexico on Saturday (11/30) following safety concerns over a broken barricade. The barricade had been pushed down by overzealous fans during Behemoth’s set and was not able to be fixed by venue staff at the Parque Deportivo Oceanía in time before Evanescence’s set, leading to the last-minute decision to pull the plug.

The cancellations didn’t go over well with festival goers, as a riot broke out that found people storming the stage and destroying gear. Among the ruined equipment was a drum kit from Evanescence that was set ablaze. Video of the incident can be found below.

Slipknot and Knotfest Mexico shared the following statement on Twitter:

“Because of a broken barricade and failed attempts to fix it, Slipknot were forced to cancel our performance last night. Safety – especially the safety of our fans and fellow bands – is priority number one. We Apologize profusely and hope you all understand. If anything were to happen to any of you, we wouldn’t forgive ourselves. Also, if we could have fixed the barricade correctly, we would have gone on stage. Again, we hope you understand and we will try to make it up to you as soon as we can.”

Evanescence also made a statement about the cancellation, posting a video to their Instagram with the caption:

“We are heartbroken we didn’t get to play for you tonight, México City. Your safety, your life is more important than any show! We love you and we will be back soon, that’s a promise.”

The band later released a second statement condemning the few that rioted and thanking the rest of their Mexican fans for their support:

“Even though we are devastated by the destruction of our instruments and gear, we do not see the violent end to last night as a representation of our Mexican fans, or the Mexican people. 50,000 people were there, and sadly a handful of them turned to anger and violence after the cancellation. You have shown us an incredible amount of love from the very beginning, and we will always come back for you.”

Forcefest, which had been paired as a two-day festival with Knotfest, ran as planned Sunday (12/1). Following the cancellation of their set, it was thought that Slipknot would get their chance to perform during Forcefest. However, those plans were shot down. Slipknot issued a second statement:

“We had hoped to be able to perform today, but regrettably, a situation arose onstage after the cancellation that damaged or destroyed gear that would have been necessary to play. We are extremely disappointed that we did not get the chance to perform, but the safety of our fans and our community is our biggest priority. We will look to get back to Mexico sometime in the future.”

Last month, Slipknot announced that they will be taking Knotfest to “the seas” with a cruise. Knotfest At Sea takes place August 10-14, 2020 and will sail round trip from Barcelona, Spain. A full line-up is expected to be announced soon. Slipknot also have European and East Asian tours coming up in the winter and spring, as well as Knotfest Japan. All tour dates can be found on the band’s website.

Evanescence released their first album in six years with 2017’s Synthesis. The group are currently working on a new studio album and will be hitting Europe in April for the Worlds Collide tour with Within Temptation. Dates can be found on the band’s website.

#Knotfest @KNOTFEST in Mexico… “Fans” destroyed a barrier so Evanescenxe and Slipknot didn’t perform due to safety issues. Crowd then rushed the stage and destroyed #Evanescence‘s equipment. Here is Will’s drums on fire. Disgusting…. https://t.co/vaGHt3NzqN

Excuse the harshness, but fuck every single one of you that had anything to do with this. Ungrateful trash. I’d kill to have a festival like this in Iowa and these people decide to destroy the stage and a band’s equipment. Shameful. You don’t deserve Knotfest. 🖕 #KnotfestMexico https://t.co/M2lhwnNiOc

Wtf is wrong with people?! This was completely out of the band’s control and this is what you do? Destroy their gear? Fucking pathetic. You should be ashamed, Mexico. #knotfest #Evanescence https://t.co/HHcJuTKMck

Any musicians: *announce tour dates*
They: COME TO MEXICO PLZ WE LOVE YOU SO MUCH COME COME COME 🇲🇽 🇲🇽🇲🇽
*Musicians arriving to Mexico*
Also they: let’s ruin the barricade, break the instruments and light them up just for fun.
I cannot believe this really happened on Knotfest pic.twitter.com/YUdaUTgKId

Because @evanescence and @slipknot we’re cancelled at Knotfest (due to damaged barriers), fans have decided to SET FIRE TO AND PHYSICALLY DESTROY THE EQUIPMENT OF EVANESCENCE. WHY?! WHY WOULD YOU DO THAT?! #Evanescence #KnotfestMexico https://t.co/CcXFDeaOSc 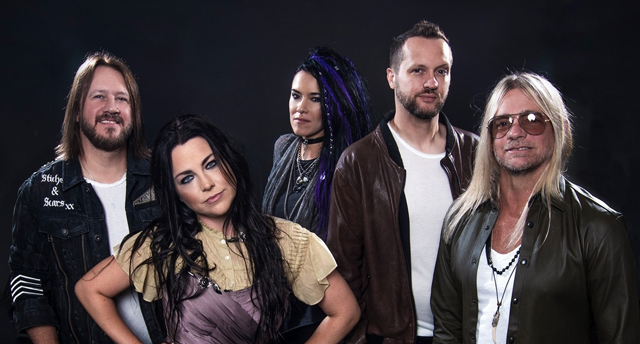