What is this that stands before me? Starting on September 20th, it’ll be a 3D maze inspired by Black Sabbath that will terrify Los Angeles attendees to the Universal Studios Halloween Horror Nights. The attraction promises to bring Black Sabbath songs to life, meaning there will probably be an Iron Man chasing you around at some point. Or like a pig with a machine gun or something. The press release vows there will be “horrifying graveyards, disturbing madhouses and bone-chilling battlefields.” We’re assuming there will be some really scary stuff too, like a room where you get fired for being too fat, or perhaps one that resembles a sheet metal factory that threatens to chop your fingers off and make you one of the best guitarists of all time. At the very least, at least you’ll have Sabbath playing loudly as you navigate your way around the maze. We’d be in for that reason alone. Scroll down for a video  of people screaming and Ozzy, Tony and Geezer in 3D glasses. 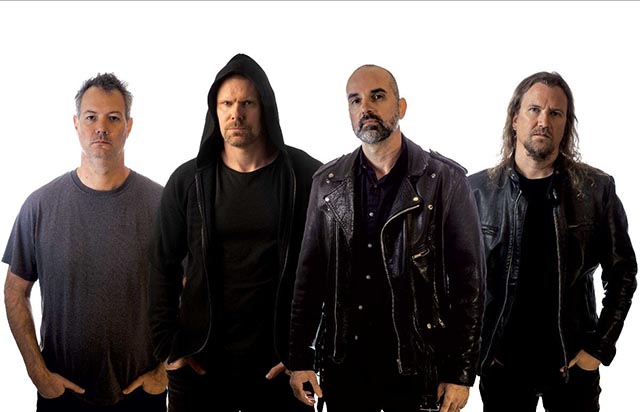