Ever hear of Lights Over Paris? They more or less seem like your typical disposable Hot Topic/Warped Tour pop-punk type of band, and their 2010 EP even sold enough copies in its first week to make it onto Billboard‘s “Heatseekers” chart. That’s quite an achievement, considering the band was barely ever even a band, and the singer, Robert Mawhinney, is currently serving 7 years in prison for fraudulently obtaining bank loans for $11 million to finance the touring, production and lifestyle of his “band.”

ABC’s 20/20 featured Mawhinney’s story this past Friday (3), and it’s extremely amusing. The wannabe rock star financed everything for Lights Over Paris: a $10,000/month apartment, pricey videos, a $750,000 custom tour bus, and even a “money gun” that would shoot out cash at their shows. It was pretty much everything that bands like Blink 182 that he looked up to had, except instead of selling millions of albums, Lights Over Paris were never popular – Mawhinney got loans from four different banks totaling close to $11 million, or as 20/20 cornily put it, “cheddar like a Cracker Barrel.” He brought in a string section for the album, paid rapper The Game to drop a guest verse, and hired songwriters to craft their music.

The wheels started to fall off the Lights Over Paris bandwagon pretty quickly, though. While touring, for a 2011 show at Philly’s North Star Bar, he bought all the tickets for the band’s show, except as the report puts it, there were more people on stage at the “sold out” show than in the audience. Then, for their show at the Roxy in Los Angeles, Mawhinney didn’t even bother showing up, instead having a DJ perform in his place. That DJ got served with a warrant for Mawhinney’s arrest for not paying bills. The wannabe rock star eventually plead guilty, and is doing seven years in jail, his disposable music forgotten until now, and then quickly forgotten again. The cautionary part? Well, first of all, if you’re a wannabe musician, all the money in the world won’t make you popular or good. Secondly, the real way to make it big is organically, gaining one fan at a time via your music. The report is pretty amazing. Check it out below. 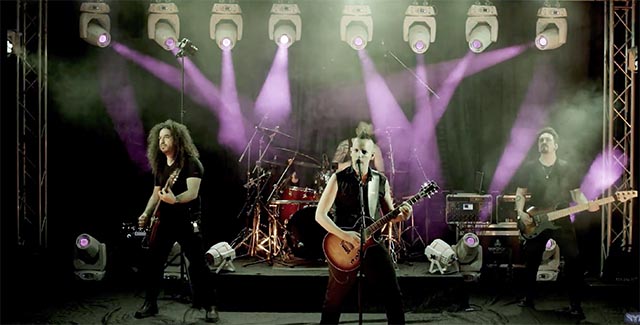