Nu metal exploded back in the mid-late nineties when bands such as KoRn and Slipknot formed. Many of us are guilty of owning Limp Bizkit’s debut album 1997’s Three Dollar Bill, Y’all$ as well as singing along to their cover of “Faith.” While we can laugh at many styles that formed within this sub genre, we still have to admit there are many bands that remain relevant. However, there are also acts who either no longer exist, reformed, or morphed into HellYeah. With that said, here are five nu metal bands that we’ve forgotten about over the years. 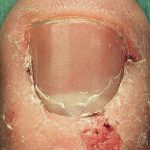 You’re probably thinking, Skrape who? Or getting confused with Snot, who actually just had their second reunion four years ago. Skrape, was the nu metal band from Orlando, Florida and it’s the artwork behind their 2001 debut album New Killer America that makes us (somewhat) not forget them. You may or may not be familiar with their song “What You say.” However, shortly after 2004’s Up the Dose, RCA dropped them which led to the group’s disbandment.

Most Famous Member: Will Hung, who’s gone on to play in Evanescence and Dark New Day

Biggest Song: “What you Say” 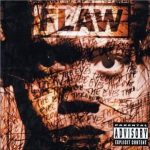 Despite the fact that they reformed after a two year hiatus in 2006 and released two albums since, it wasn’t until Flaw was mentioned on Stephen Colbert, calling them deathgrind to remind the world they haven’t gone anywhere. We were shocked when we saw their crowdfunding campaign offering to play at a fan’s house to help them fund a new touring vehicle just last year. We can only assume many googled who this band was and realized, they did more than 2001’s Through the Eyes and 2004’s Endangered Species. It’s only a matter of time until we hear what they have to offer next.