Last week, Stephen Colbert surprised us after giving the band Flaw a mention. He referenced their gofundme page as an example for a segment on The Late Show With Stephen Colbert. Another thing to note is, their crowdfunding page had a $2,000 increase (or more) since. Last night (2nd), Colbert informed everyone via Twitter to see Flaw at their show in Waterloo, IA as well as asking them to play the song “Payback.” Colbert has once again classified the group as deathgrind as he concluded his Tweet with a deathgrind hashtag. Aside from the band feeling a bit pressured to play that tune, they asked to be invited to his show. 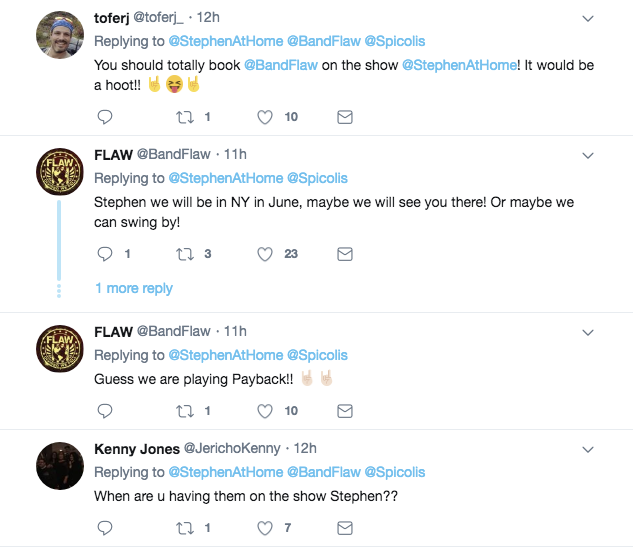 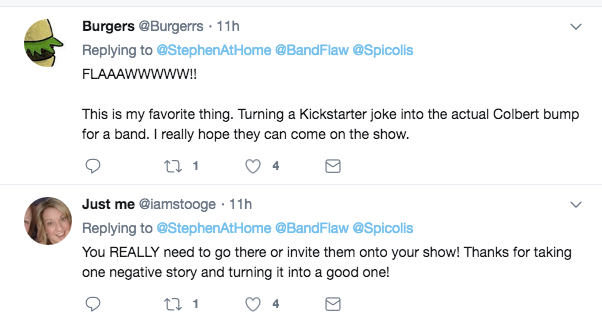