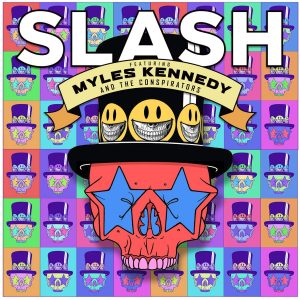 New & Noteworthy is a weekly column in which we highlight some of the newest rock and metal releases coming out each week. This week features new music from Slash, Aborted, and more! Be sure to check out the last week’s New & Noteworthy for what all came out last Friday. If you want to see last week’s sales numbers, you can read about those in Metal by Numbers. Also be sure to follow us on Spotify to get this month’s New & Noteworthy Playlist, updated every Friday.

Living the Dream is the third album from Slash, Myles Kennedy, and the Conspirators. So far none of the songs have gotten music videos, but the band made an appearance on Jimmy Kimmel Live to perform “Mind Your Manners” and “Driving Rain.” Slash, Myles Kennedy, and the Conspirators are currently touring North America, and will be into October, before heading over to tour Asia to finish off the year. They will also be playing Europe through the Spring. Living the Dream is also available on vinyl.. 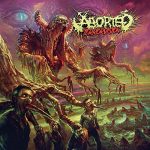 TerrorVision is the tenth studio album from the Belgian death metal Aborted. They have released music videos for the two songs “Vespertine Decay” and “Squalor Opera,” and a lyric video for “TerrorVision” The album artwork is by Swedish artists Pär Olofsson, known for his visceral imagery loved so much by the death metal community. This will be the first album to feature bassist Stefano Franceschini, who joined the band in 2016. They are currently touring Australia alongside The Black Dahlia Murder, with no currently announced North American dates. TerrorVision is also vailable on vinyl. 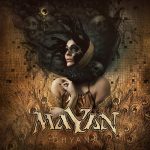 Dhyana is the third studio album from the Dutch symphonic metal MaYaN. They have released a music video for the title track “Dhyana,” and a lyric video for “The Rhythm of Freedom.” They will be coming to North America next year for ProgPower USA, but that is currently the only U.S. date announced. Dhyana is also available on double vinyl.