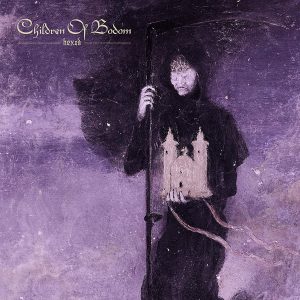 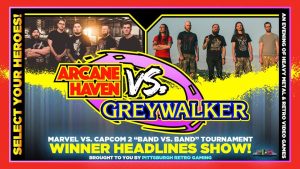 Last Saturday, Greywalker and Arcane Haven put together an event that satisfied both of my desires for sitting around on my ass playing video games, and live heavy metal music. The night was in collaboration with the Pittsburgh Retro Gaming community, and featured a duel between the bands between doors and show start to determine who would headline at the end of the night. The game with Marvel vs Capcom 2 for the Sega Dreamcast. It was best of 5, and each member faces off against the the member of the other band in the same position. It was a close match, but Greywalker won out 3-2 and got to headliner the night. Both put on great performances, so I think everybody won that night. And while the bands were on stage, PRG had systems set up in the room with tons of games to choose for. I chose to die over and over playing the original Castlevania most of the night. 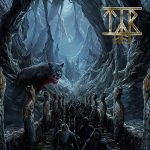 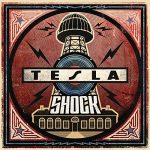