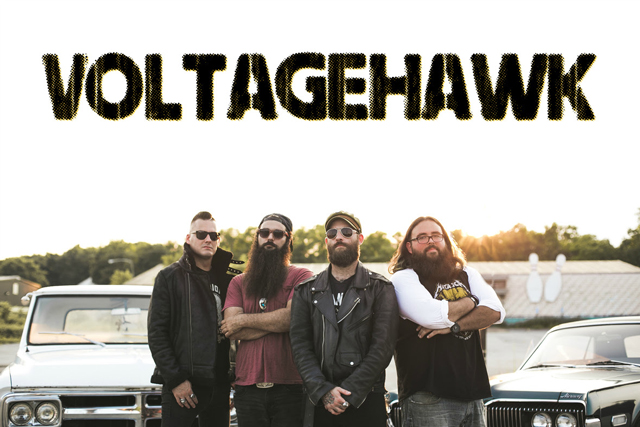 Metal Inside(r) Home Quarantine is Metal Insider’s new column during this time of isolation due to the COVID-19 pandemic. We asked artists five questions on what’s been keeping them busy ranging from their favorite movies, food they’ve been eating, music they’ve been listening to and more. We caught up with Voltagehawk’s Dan Fenton and Chase Arocha as they’ve been spending this time living their life as normal as possible.

Dan Fenton: Quarantine has been super strange. The longest I’ve ever been locked up is two weeks so this is an interesting science experiment. The first few weeks, I smoked a lot of weed, that has not changed. Definitely meditating and writing a lot. I like writing nonsense poems and sending them to my brothers in KC and TX. Shit like that passes the time. I am in the middle of about 25 work tapes on my home recording set up. I try to track something every day, does not have to be good and doesn’t have to be a song that becomes more than an exercise in songwriting and growth as a musician. Chase and I shoot a lot of ideas back and forth via email. That has produced some wild ass shit that I cant wait to fuck with, with the whole band. Doing a lot of interviews, which is great. I started an apocalypse garden by using the wood left over from my kids old bunk beds. Its fucking dope, I have all kinds of veggies and herbs growing. I have teamed up with several different friends who range from pop icons to rock stars, tattoo artists, actors and visual artists to co write some tunes, just for the love of art. I worked with my Tattoo artist Jason from Electric Hand Tattoo in East Nashville to come up with some song art. I’ve written poems based on art by my friend Christina. Just finding ways to keep sane.

Chase Arocha: I’ve been doing a lot of homeschooling since I have an 8 year old at home. But also a lot of my own learning and tons of practice time to utilize so why not! I’ve been learning a could Julian Lage tunes to try my best to understand his level of playing. Such an incredible writer and player.

Dan Fenton: I’ve definitely been going down a bunch of rabbit holes musically. I was checking out a band that I heard a clip from on Instagram, then began to look at recommended artists and found this band called BUMMER. Fucking everything I love about bands like Zao, The Chariot, Knocked Loose, ya know fucking hard core. Bummer is all that. Their record Holy Terror is back to front ass whoopin, break down stomping good time. Just prior to the end of the world a chef friend of mine showed me this band from the UK called IDLES. This is my fucking current favorite shit. Joy as an act of resistance and brutalisim are both just incredible records. The message of vulnerability, equality, and authenticity is parallel to my own. I told them this via Instagram message and ya know what, like the fantastic gents they are, they replied with love. Lots of Hans Zimmer and Vagilis. If I get in the car, which is not nearly as much as I used to, I listen to Nashville’s 91 classical. It is by far my favorite music to drive to. Lately I’ve listened to a lot of New York Jazz, some Phili Jazz. John Prine, may he rest in power. Tom Waits always. Lots of 90’s hip hop and some opera.

Chase Arocha: The latest Sturgill Simpson album for sure! He’s amazing and I love how much he changes with every album. And then I’m always listening to something like BadBadNotGood or Maximum the Hormone or Twelve Foot Ninja, Carbomb. I recently went back and listened to Béla Fleck and the Flecktones live at the Quick, one of the best live performances ever with so many styles blending at once on stage. And also Kamasi Washington!

Dan Fenton: I have a family so I mostly cook for my kids and my girl. I have been a chef in another life so cooking is always a thing I love to do. There’s not much I haven’t made. I did some killer East Nashville Itis Brownies a few weeks back (I think, who fucking knows what day it is) bassically decodant stoner brownies. Big surprise I’m sure. Turkey wrapped, cream and american cheese jalapenos. I always cook so this is no different. I am stoked to prepare some food from my garden in a month or so.

Chase Arocha: I live in a house of cooks so we are always making munchies. Like shrimp scampi, bulgogi Korean bbq, fish frys and anything we feel like. I’m working on a raspberry-jalapeño jam for morning toast here in just a bit!

Dan Fenton: Sex is really helpful. I’ve been reading some Walt Whitman, some William Blake and other classics. A book called Packing For Mars by Mary Roach. Some works by Neil deGrasse Tyson on astrophysics. Works and speeches by Carl Sagan. Lots of space shit. I finally saw the Quinten Tarintion movie, Once Upon A Time In Hollywood. That shit was insane. Brad Pitt at the end is worth the whole movie. I dig LSD Brad Pitt. I watched Tiger King, even after my brain stopped watching TIger King. My dog’s name is Carol so now naturally we are yelling Carol Baskins at her. Rewatched the Blade Runner films. Lots of guitar. I walk around the yard, I’m sure to my neighbors dismay and just play guitar. There is no time like right fucking now to hone chops so I use it.

Chase Arocha: Our family all love video and board games, so we’ve been doing tons of MARIO parties on the Nintendo switch and Clue or the latest Legend of Zelda. I’ve been reading this book “Behave” by Robert Sapulsky, a book about our genetics and stuff that I’m not smart enough to understand but I read it because I really want to get it! Also if you haven’t seen the show Hunters on Amazon, you need to get your life and watch that shit. It’s incredible writing and Al Pacino is just the best.

Dan Fenton: First off, give yourself a break. This is like nothing most of us have ever seen or been through so don’t be hard on yourself if you feel angry or emotional or bat shit crazy. Drink less booze, more water. Be thankful that you’re alive reading this or anything. Be patient with others, give people space, fucking cover your face and wash your damn hands. If people mock you for wearing a mask, pay them bitches no mind, they are fools and fools end up with a lot of regrets. Write, create, sing, collaborate, hell send me a song on /instagram or a poem or some art and we will create together. This is a time to find your authenticity. Shed the bull shit that society has told you is what makes you important or lowly or whatever. Fuck their constructs, fuck their system. Fight for your beliefs and make insane art. Hold those who you can hold close, close. Watch Fight Club on repeat, start a soap company and finish what Tyler Derdan started. Or none of that. Listen to Voltagehawk. We have a new 13 song record coming out later this year or early next year. Follow us on instagram. We’re already bat shit crazy so all content is good times.

Chase Arocha: Do what we have been doing before the quarantine and what we will do after, chase every whimsical idea that pops into your head and pursue every passion you’ve ever wanted. This time really shows how fucking fragile our world is and entire industries can stop overnight. Life is short and weird so you might as well try what you’ve always wanted to try like painting, writing a book, making jewelry, gardening, cooking, or sharpening your craft you already are passionate about. Just be a better, stronger, and happier you everyday. 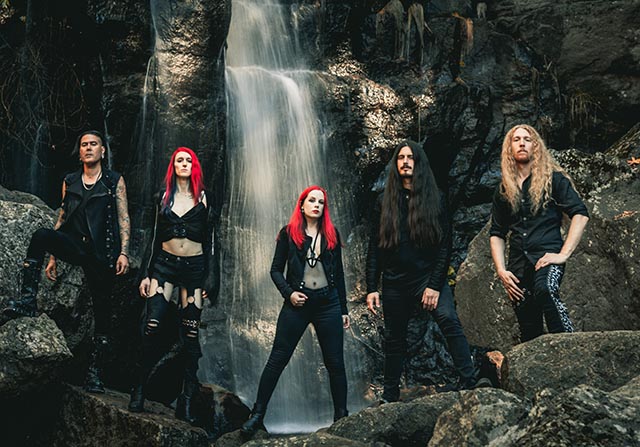