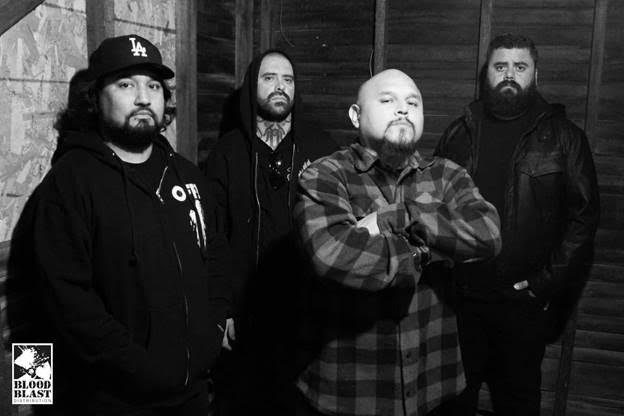 Metal Inside(r) Home Quarantine is Metal Insider’s new column during this time of isolation due to the COVID-19 pandemic. We asked artists five questions on what’s been keeping them busy ranging from their favorite movies, food they’ve been eating, music they’ve been listening to and more. We caught up with Sangre frontman Henry “El Sangron” Sanchez (Brujeria), guitarist Mike Reyes, and drummer Josh Durante as they’ve been spending this time enjoying the R&R.

Mike: Enjoying the R&R honestly. Working on my car, cleaning, organizing and getting to things I haven’t gotten to in a while. With no rush on any of it. Plenty to do.

Henry: I’m always listening to music, I do a lot of driving so music is essential. Also been listening to the Metal playlists on Spotify, Apple Music and Tidal. To pass time I listen to a lot of podcasts. I enjoy the Doc Coyle (Ex-Man pod), Jamey Jasta’s (Jasta show pod), Wrestling podcasts, Joe Rogan & Joey Diaz podcasts.

Mike: As far as playlists go, I’ve been listening to Apple Music’s “Breaking Metal” playlist. It’s updated daily and has about a hundred songs. I was surprised and excited that our newly released single “American Nightmare” was included on such a diverse metal playlist. I also took advantage of the free SiriusXM trial showcasing some of the latest releases on Liquid Metal and have been checking out more local bands from the SoCal area. We have a lot of friends in the local scene so there’s definitely a lot of good material worth checking out.

Henry: I have actually been doing a lot of cooking and experimenting. Making a lot of the Mexican foods I’ve only eaten in Mexico since I can’t travel at this time, also made a quinoa salad to eat with hummus and pita bread from scratch and baked Macaroni and cheese for the first time haha! Not from a box!

Mike: Is DoorDash a food? Cause I’ve definitely prepped a lot of that. The weather has improved so much so there will be a ton of grilling coming up. Trying different brews that I wouldn’t normally try.

Josh: Lots of pollo y carne! Veggies, potatoes, and an insane amount of Mac and Cheese for the kids!

Henry: My kids love Minecraft and I try to play with them but it’s a little slow for my liking. Lol

Finished up Ozark season 3, watching a lot of classic wrestling on the WWE network, Darkside Of The Ring, Love Is Blind on Netflix lol.

Mike: Movies and TV shows are always there so I don’t spend too much time with them. Been reading the news here and there combined with people’s social media posts. There’s plenty of entertainment there. I’ve been slowly writing new riffs and ideas, which will eventually end up on future Sangre releases. Teaching myself how to do some video editing by making some play through videos. Video editing is something I’ve always wanted to do for the band but never had time to delve into, but here we are.

Josh: For sure that has to be The Legend of Zelda on Nintendo switch with the family. We’ve clocked hundreds of hours in the game so far.

Henry: Stay home with your loved ones if you can and enjoy their company, eat together, cook together, quality time. Exercise (something that i need to do more of), relax, work on stuff you’ve been putting off, learn something new, clean up around the house things you have been putting off. 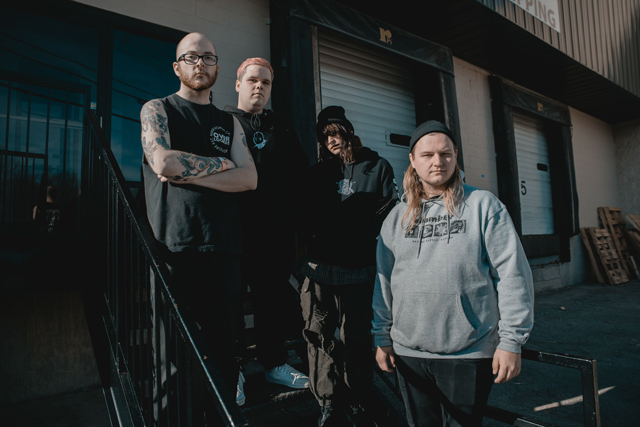