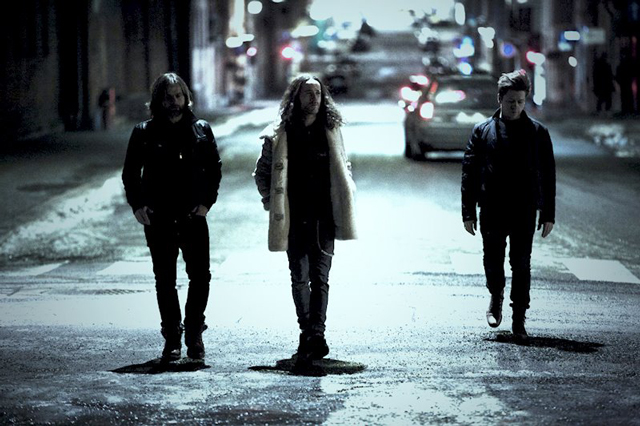 Metal Inside(r) Home Quarantine is Metal Insider’s new column during this time of isolation due to the COVID-19 pandemic. We asked artists five questions on what’s been keeping them busy ranging from their favorite movies, food they’ve been eating, music they’ve been listening to and more. We caught up with Mantric’s (ex-Extol) Ole Halvard as he reminds us to seize the opportunity to do something that we’ve always wanted to do.

I’ve got four kids – three of them being homeschooled for a month now, and one staying home from kindergarten. So «passing time» isn’t really part of my vocabulary here. But to avoid going crazy, we’ve been spending more time outdoors than we often do (thank God this didn’t happen in November), and I’ve started jogging again. Now and then I also get to sneak down in my basement as well, to rehearse and make some new music, which eventually makes me a better, more patient dad in the long run.

Not a lot, but the new Azusa album is definitely worth checking out for those who haven’t already. Might take a couple of spins to get into for the untrained ear, but A lot of people have got the time for that now, haven’t they? And a couple of weeks ago, I made this playlist consisting of songs that Tor Magne, John Robert and myself have been releasing together since 2000, under different band names, for those interested. It’s called «Jan Mayen» (long story), and can be found on our Spotify-site.

I love food, but I find it incredibly boring making it. So I haven’t done anything different in this area lately. And my wife is normally making homemade bread and a lot of different homemade food, so nothing has changed here.

Right now, I’m really into the Peaky Blinders series. I love the music, the characters, the atmosphere and everything about it. And I’ve started to read The Expanse book series, which is pretty different, but still great fun.

Seize the opportunity to do something you’ve been wanting to do for a while. No point in complaining about things we can’t change anyway, so better to practice more, read those books, play football with your kids, sleep outdoors, write that novel or whatever.