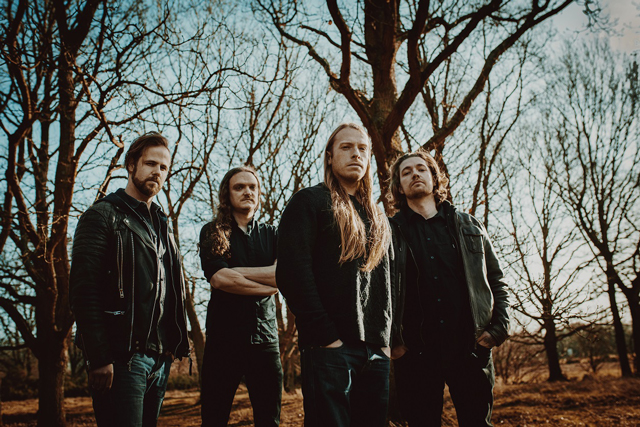 Metal Inside(r) Home Quarantine is Metal Insider’s new column during this time of isolation due to the COVID-19 pandemic. We asked artists five questions on what’s been keeping them busy ranging from their favorite movies, food they’ve been eating, music they’ve been listening to and more. We caught up with Cypher16’s Jack Doolan as he’s been setting a number of goals for himself to achieve.

I’ve been keeping pretty busy actually. When we knew the lock-down was coming, I set a number of goals that I try to achieve each day. I’m learning Norwegian, getting back into playing the piano and the organ (working on a couple of Bach pieces I’ve been studiously avoiding for years!). I’m trying to keep fit and hit an amusing goal of 100 push-ups in a row, as well as some running and hitting 10,000 steps everyday. I’m trying to play more guitar (tackling a few Meshuggah songs), and also overseeing the band’s new release, “Break,” which just came out last week.

I just downloaded the latest Nine Inch Nails tracks from their Ghosts series. That’s about as far as I’ve got in terms of ‘new music’ – as I said, I’m focusing on some older stuff right now, from the 1700’s!

I have a bread maker at my dad’s place, but can’t get there to use it (not that I’ve ever had much success with it so far), and to be honest I’m more of a drinker than an eater. Right now it’s actually more about trying to find basic food like eggs and bread and pasta in London – most of the shops sell out immediately, so you really have to search for a few days before you can get a hold of some things!

I’m just about to finish reading War and Peace, which I have been slowly making my way through. I’m also getting into Don Quixote. I don’t really watch television during the day, but The Tiger King, the new series of Killing Eve and the Welsh drama series Hidden have been on in the evenings recently.

Listen to “Break” on repeat, haha! No, seriously I would say take this time to learn a new skill, and don’t let it go to waste. In unprecedented times like this, valuable opportunities present themselves. Put plans in place for the future and get things set up and ready to go as soon as things start getting back to normal. Be productive!