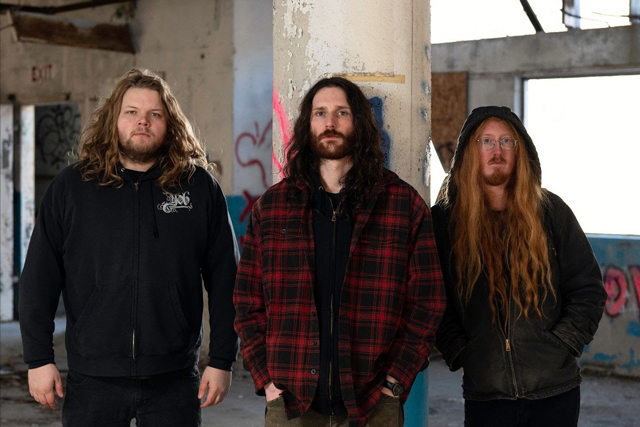 Metal Inside(r) Home Quarantine is Metal Insider’s new column during this time of isolation due to the COVID-19 pandemic. We asked artists five questions on what’s been keeping them busy ranging from their favorite movies, food they’ve been eating, music they’ve been listening to and more. We caught up with Barishi guitarist/vocalist Graham Brooks as he’s spending this time making pizza and reading non-fiction books.

Yesterday, I spent the afternoon trying to throw a hatchet into a stump in my yard. Lately, my days are slightly less productive than that though.

I’ve been listening to lots of Led Zeppelin, which Is usually the case to be honest. As far as playlists, I don’t really have any streaming services; mostly just dusting off the record collection. The first Captain Beyond record has made a reappearance. It’s a tragedy that I haven’t listened to it in a few months. That record rips so fucking hard.

I have been making a lot of pizzas lately. I got a stone and a dough recipe that have been working pretty well, but it’s my girlfriend that has actually been cooking up a storm. The highlight thus far is a cauliflower curry with homemade naan. I’m spoiled.

I have been watching a show called British show called ‘Toast of London’ for the past year or so. I think it’s one of the greatest comedic shows of all time and suggest it to everyone. I’ve also been watching the archeology tv show ‘Time Team.’ They’re all available to watch on YouTube. I learn a lot and it’s very soothing. As for books, I mostly read pretty dry non-fiction. Some recent standouts would be ‘Tale of the Axe’ and ‘Dawnland Encounters.’

I’d say that things are tough now but I’m sure there will eventually be a light at the end of the tunnel. Challenge stupidity during this difficult time, doing so may be what saves us all.

Barishi’s new album Old Smoke is available now. Check out our review of the record here.