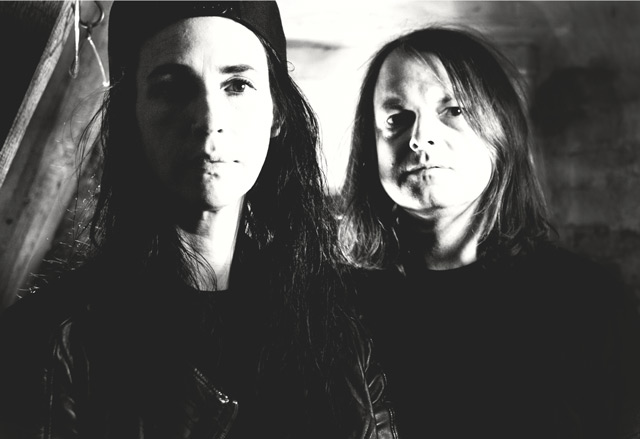 Metal Inside(r) Home Quarantine is Metal Insider’s new column during this time of isolation due to the COVID-19 pandemic. We asked artists five questions on what’s been keeping them busy ranging from their favorite movies, food they’ve been eating, music they’ve been listening to and more. We caught up with Ana Muhi (vocals/bass) and Sven Missullis (guitar, vocals, drums) from the German duo Might as they’ve been spending this time recording their debut album.

Sven: We recorded our debut album. We planned that recording before Covid hit us, and then, two days before the recording session, we had that shutdown, here in Germany. Ana and I are married, so we had no problems going on. We used our own studio and we did everything on our own. After we had finished the recording, I mixed and mastered the album. Then we made music videos for the first two singles “Pollution Of Mind” and “Warlight.” The whole time it was just the two of us. It was a bit like living in a cave. We commuted between the studio and our bed, so Covid does not affect us that much in the first weeks.

At the moment we are rehearsing to play live. We will use some video projections. We filmed myself, drumming and will project that in lifesize, controlled via footswitch. At first it was a bit complicated because of all that technical stuff, but it works fine now.

Ana: As Sven described, we spent a lot of time on the recordings. It fulfilled me and my timetable. But aside from that, there was a strange time without meeting some friends and my family. So I did all the stuff I cannot do while I go out and meet people. I just hung around and listened to music or read a few good books or went out in the garden. I had to learn to accept the situation and then I did my best to care about others and myself and despite all that I had a good time. I have no reason to complain because my family, friends and myself are healthy and I am really thankful for that. I even used the telephone although I don’t like making phone calls.

Ana: Yes, I listened to some of my good old records: Patti Smith, Sonic Youth, Pink Floyd and SunO))), Amenra, Oathbreaker for example. Time after time I try to stream music from the internet, but that’s unfortunately not my thing, because I’m overwhelmed by that much awesome music on offer. Skipping around makes me dizzy. I love to listen to a whole album while doing nothing else then sitting in my wing-backed chair.

Sven: Streaming is also not my thing like it is not for Ana. I prefer CDs and at the moment I like to listen to Napalm Death’s latest, Apex Predator – Easy Meat, and look forward to their upcoming album. I like The Wheel from the danish band Slaegt and i look also very forward to Memoriam’s fourth album. Their second, The Silent Vigil is amazing. It has that perfect raw sound and Karl Willetts never sounded better in my opinion.

Ana: I had a lot of delicious vegetables with some self made bread and olive oil. On top of this I added garlic to almost every meal. There’s no better time for that than quarantine.

Ana: I read books from Carolin Emcke, Margarete Stokowski and Jonathan Safran Foer. I admire their inspiring mindset. It`s an ode against hate and discrimination in various spheres. I love them for their ability to express themselves in witty words.

Sven: I don’t watch very much, but at the moment I just finished the second season of Stranger Things. I like the atmosphere very much. The last book I’ve read was NOFX’s The Hepatitis Bathtub and Other Stories and I liked it a lot. I also like music documentaries and if i should name only one I would recommend “50.000 Days On Earth,” a documentary made like a movie about Nick Cave with gorgeous pictures. All worth checking out – even if you don’t like the music.

Ana: I think a lot of people have to make peace with themselves. We can’t escape from what we are deep inside anymore in quarantine. We scramble for wealth and strive for recognition in our daily routines, but I think contentment is above wealth and self-worth is above status or fame. Maybe it’s good to use the time to check out if the life we live is authentic. We can’t always choose the circumstances, but we can choose our manner. To pause for a moment, can protect us from running the wrong way with false friends. But that’s a very subjective thing and I don’t like giving people advice. That’s just my own belief. Everyone has to remain true to oneself.

Sven: Use a mask, wash hands and don’t meet people. It seems distance is a good way to stay healthy. Take care of others, help the aged and handicapped with shopping and such things if you can. Take the fears of others serious and be considerate. Save nature and stop eating and using animals to obviate things like that in the future. Do things that make you happy. 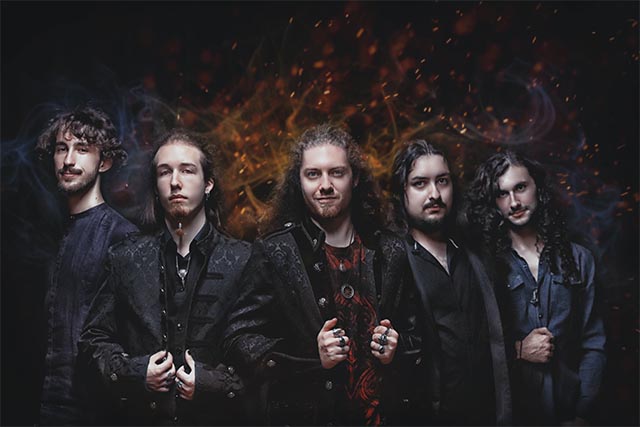