Not every band can hit the top 10 with just an EP, especially one that is more or less on par with an LP released last year. But Ghost have come quite a long way three albums into their career and, if I may gush, it makes me so damn happy to see a band that many viewed as a mere novelty reach such great heights not only in the metal scene, but in today’s music scene in general. Also, Ghost covering Eurythmics is one of the best covers to happy this year in my humble opinion. The biggest-selling album this week in terms of physical albums belongs to Staind frontman Aaron Lewis, whose Sinner wold an amazing 42,000 copies. Also, in weekly Metallica, the Black Album sold another 4,500 copies

Ghost’s new EP reached the same chart position as last year’s Meliora and is the band’s second-best debut. Not bad for a release with only one original track (but damn is it good).

A top ten debut for another Led Zep compilation.

This is a solid top 50 debut for the band’s first LP.

The band’s fourth album and its first on Epitaph and is the the band’s highest debut yet.

The band’s sophomore LP manages to outdo its predecessor.

This is the hardcore punk act’s debut album.

The band’s fourth album is their first LP in sixteen years.

This is the German band’s eighth album.

This new EP from the Christian metalcore act is their first release since 2012.

This is a reissue of the band’s formerly out of print album from 1987.

This is the debut album from this Philly metal band.

This is the band’s third LP.

This is the second album from the Russian metal band.

Though it’s technically a few weeks off according to Soundscan, Immortalized has become yet another gold record for Disturbed.

Ghost’s LP re-entered the charts thanks to the release of Popestar, which is being bundled with Meliora as a deluxe edition. It has sold over 96,000 copies.

This takes a steep 88% drop in week two.

Touring has boosted this up by 31% even though we saw Rob Caggiano at the Metallica show last night.

A 69% boost brings this back up again.

A 23% boost yields another re-entry on the charts.

Evergrey, The Storm Within (AFM)
340 sold

Inquisition, Bloodshed Across the Empyrean Altar Beyond the Celestial Zenith (Season of Mist)
290 sold

A tiny 5% drop is…you know, there’s too many words in this album title to choose a pun from.

Letters From The Fire, Worth the Pain (Sand Hill)
270 sold

Ice Nine Kills, Every Trick In The Book (Fearless)
230 sold 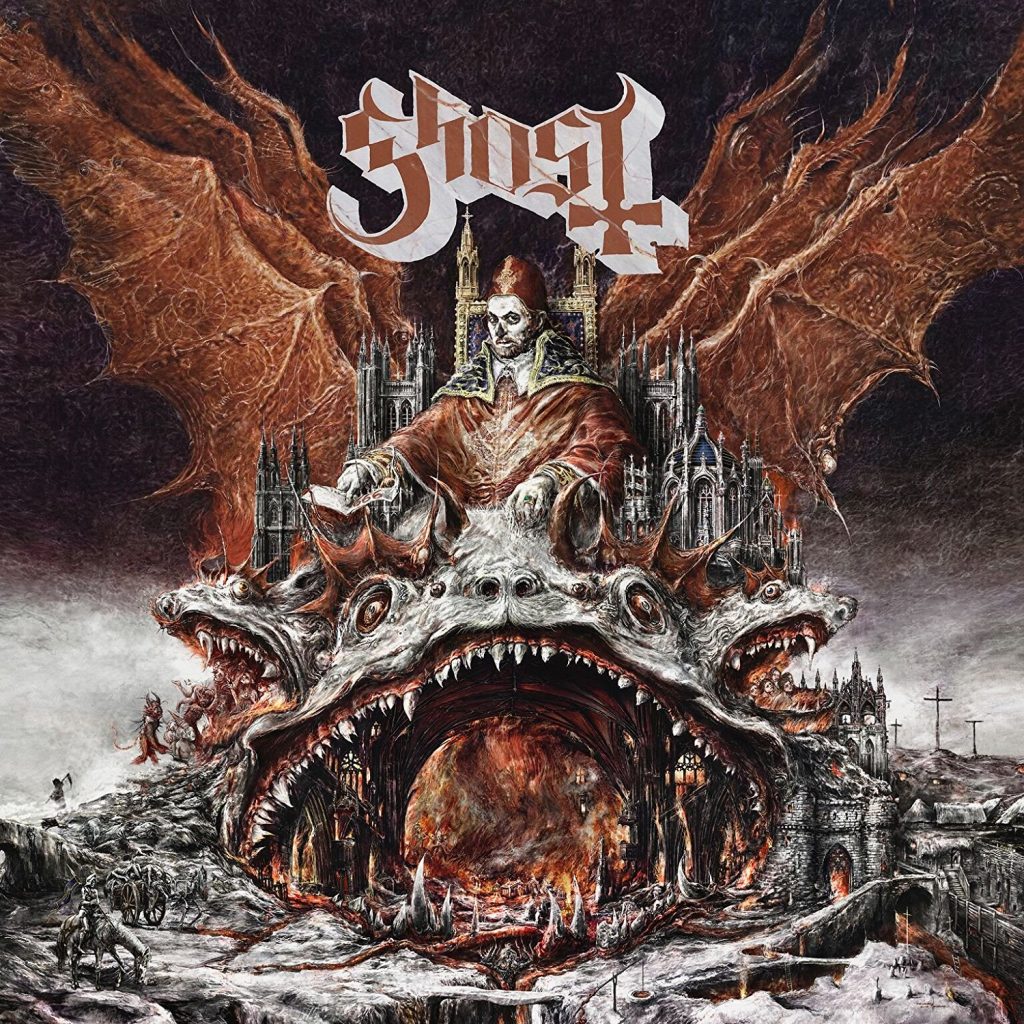