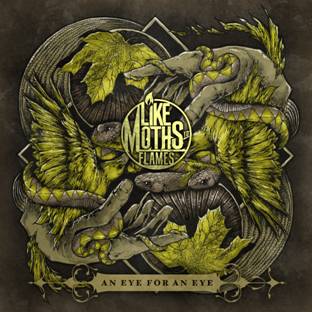 It’s that time of year again for summer festivals. And summer festivals come with a number of great things: standing outside in either the blazing hot sun or in the rain, chugging bottles of water that cost a kidney, watching your favorite band play a 15-30 minute set (if that), and dealing with the massive amount of shitheads who can’t drive when trying to leave the parking lot. Oh, and album sales! A lot of our debuts for this week are bands that are on either Vans Warped Tour or Mayhem Festival. Other albums have gotten boosts due to the tours as well. So stay inside with Mr. Central Air for a bit longer and see what mid-summer touring season has for us.

The band’s sophomore release is our top debut this week as the band continues its trek on Warped Tour.

The third album from letlive has a fine debut as well and can also expect sales to come in from Warped Tour.

The band’s debut album likely got a boost in sales thanks to the exposure on Mayhem Fest.

Battlecross gets a good start that will hopefully benefit from some Mayhem magic.

The Norwegian symphonic metallers have released their sixth full length.

Was anyone aware King Kobra had an album coming out? And title of the album makes the band’s discography more confusing since they have King Kobra III which came out before this and King Kobra.

This metalcore band’s new album gets a modest debut.

The Burial, In The Taking of Flesh (Facedown) 360 sold

We can expect even more numbers when Sabbath makes its way across the States.

Funny how this is doing better than some of the actual albums of bands from the tour.

Though it’s dropped a bit since its debut, we expect this to get a surge of sales soon.

A few more weeks and this will hit the 100,000 mark. That’s amazing for any album in its sixth week.

A 20% drop? What the devil and dinosaur is going on here?

A 41% drop, but since the band is in the midst of Mayhem Fest, this could be back to pillaging the charts soon.

This is higher up on the charts, but sold 2% less than last week.

This shares similar sales with…

The band’s newest tour mates will be Iced Earth.

Black Veil Brides, Wretched and Divine: The Story of the Wild Ones (Lava/Universal Republic) #142, 2,350 sold

If the band were called Annie instead, the album would be titled About That Hard Knock Life.

Sales continue to shine down on this album (did we make that joke already? Probably).

It’s a good second week for Oh, Sleeper who got a solid boost of 32%.

If you tried sunbathing in this heatwave, you’d probably just disintegrate.

The band has completed the run with Killswitch, and it definitely helped out with album sales.

With a 49% drop, this could do with hunting for some sales.

The continued boosts for this album are fit for a king.

Sales continue to rise with a 26% boost this week.

Unfortunately, after a nice start, this album isn’t exactly wreaking havoc on the charts.

With a 22% drop, this album hasn’t been scaling much.

Wait, what color is morale?

This sold exactly the same amount as last week.