Metal By Numbers is a weekly column in which we look at the top metal sellers and debuts of the week.
It’s always a somber affair looking at the charts after the death of a renowned musician. I’m of course speaking of the passing of Chris Cornell and the fact that Soundgarden’s Superunknown is currently at #22 on Billboard, having sold over 9,150 copies in two days. That’s only one of the many Cornell related albums listed on the charts. There’s a lot of mixed emotions when it comes to seeing such sales, but I think the prevailing thought is the old adage “you don’t know what you have ’till it’s gone.” The people buying those albums are doing it for a mix of reasons motivated by Cornell’s death. Maybe they only really knew “Black Hole Sun” or “Outshined” and felt compelled to actually explore those albums. Maybe fans of Soundgarden finally went to listen to that solo album they initially looked over. Whatever the reason, I don’t think the majority of those people are jumping to purchase music just so they can turn around and say they’ve been lifelong fans. Rather, I think they regret not getting into the music more while Cornell was still around so they could be excited about a new album release or maybe because their best friend is a huge Audioslave fan and they never quite got into it. Most of all, I think it’s because they’ve only now realized what a truly remarkable voice Cornell had, and to make up for lost time and the fact that he’s gone they seek to surround themselves with recorded testaments to his glorious wailing.
Well, enough of that. You came here for album sales, and album sales you shall have. I had a comment from last week asking for Megadeth album sales, and I just so happen to have it: Dystopia sold 400 copies last week and has sold over 159,000 copies in total.
Notable Debuts:

Seether land in the top ten, though this album still debuted with less than its predecessor.

The band’s ninth album is their first in six years.

The band’s fourth album is their best debut yet. There’s also a Prevail II due out later this year.

This is the second album from the group fronted by Nathan James (ex-Trans Siberian Orchestra, ex-Uli Jon Roth).

Snakecharmer, Second Skin (Frontiers)
340 sold
This is the second album from the group featuring ex-members of Whitesnake. I can see the connection.

Deathbreaker, Disconnect (Facedown)
210 sold
Formerly known as Redeem the Exile, this is the band’s first LP.

Vanden Plas, The Seraphic Live Works (Frontiers)
200 sold
This live album is released ahead of the band’s new LP coming later this year.

Summoner, Beyond the Realm of Light (Magnetic Eye)
190 sold
This is the band’s third LP.
Notable Sales:

Life of Agony, A Place Where There’s No More Pain (Napalm)
790 sold

Righteous Vendetta, Cursed (Century Media)
380 sold
This got boosted back up to the charts last week. This week it got a boost of 10%.

Ayreon, The Source (Mascot)
280 sold
After avoiding the second week drop, this falls by 87% in week three.

Letters From The Fire, Worth the Pain (Sand Hill)
200 sold

Battle Beast, Bringer of Pain (Nuclear Blast)
190 sold
A 36% boost was enough to bring this back onto the charts.

Art of Dying, Nevermore (Vices and Virtues)
190 sold
This EP got a huge boost, possible because the band is touring with Scott Stapp. 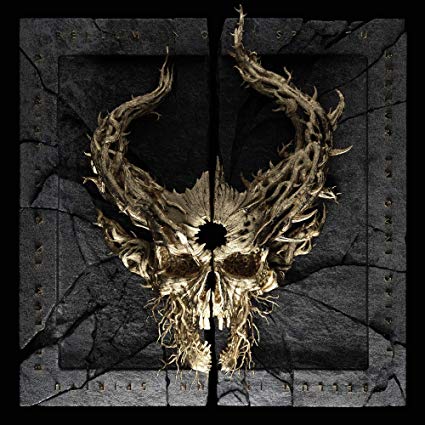