Ah, April. Where spring gets going, where you can’t trust the internet for a day, and where people find a day to pretend to be stoners while real stoners treat it like any other day of the year. Oh, and where a bunch of metal albums all come at you at once. This week, our top debut comes from a band that makes subgenre enthusiasts throw up their hands and say “Fuck it”. We also have debuts from a few bands that are the stuff of legends from NWOBHM giants to crossover thrashers. Knowing what other albums lie ahead, it looks like a good start for metal in the month of April.

Sevendust’s ninth studio album takes the top debut for this week as well as the top spot for metal. It’s a fine debut and a timely one as they’re currently out on a co-headlining tour with Coal Chamber.

Did you know that Stryper had an album coming out? Neither did we.

Every time Iron Maiden puts out a live album, it’s always worth looking into. This reissue of their Maiden England video/live album was recorded during their 7th Tour of a 7th Tour.

Suicidal Tendencies’ first studio album in thirteen years gets a good start on the charts.

The batshit insane Norwegians are back with their second album.

Swedish melodic metallers Amaranthe manage a solid debut with album number two, though it’s all the way up at #6 in their native country.
Dark Sermon, In Tongues (Entertainment One) 410 sold

These Floridians get a small debut this week.

A second week drop of almost 70%, but this one still has some crucial velocity to it.

I really don’t know why this has made a comeback. Ritual sacrifice is likely the culprit.

Don’t let the lower chart position fool you; this got a 18% boost this week.

This album continues to climb with a 24% boost.

A second week drop, but good for an EP.

Black Veil Brides, Wretched and Divine: The Story of the Wild Ones (Lava/Universal Republic) #156, 3,100 sold

This sold almost exactly the same amount as last week, putting it up to nearly 220,000 sold the week before their new album is released.

Not much change for the Empire.

A small boost for this album.

Within The Ruins, Elite (Entertainment One) 630 sold

Little has changes within these ruins this week.

This got the smallest boost, but better than nothing right?

This album didn’t quite nail it this week.

These guys have played on Punk Goes Pop 3 and 4. Just in case you wanted to judge them.

Off With Their Heads, Home (Epitaph) 420 sold

Special guest vocals from the Queen of Hearts.

This continues to be afflicted by sales.

And a whopping 73% drop for these guys.

Well looky here! Could this have anything to do with the Metal Alliance tour? 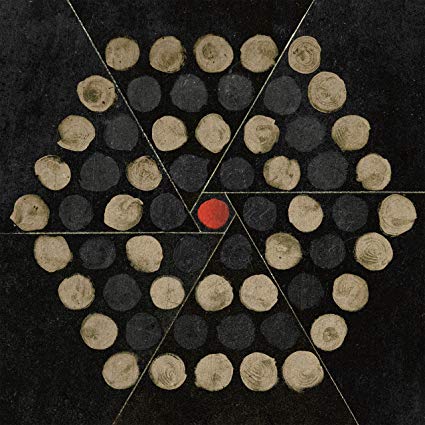