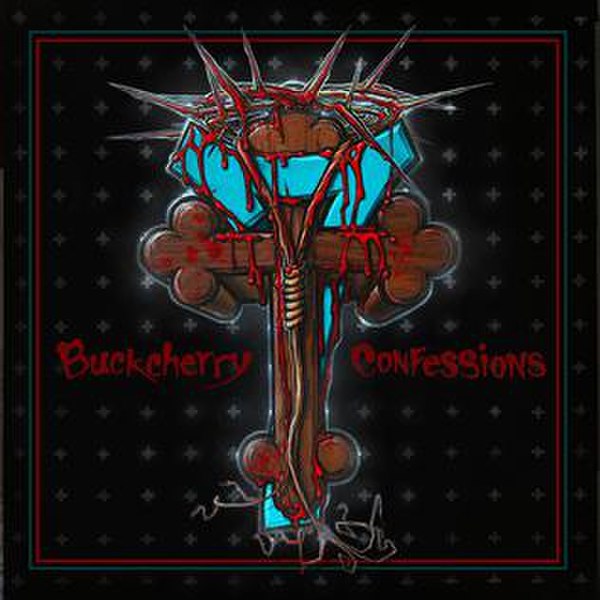 It’s been approximately…never since my last confession. Actually, I don’t think anyone here at Metal Insider has ever made a confession that wasn’t preceded by downing a bottle of whiskey beforehand. Just kidding. We don’t have problems. Anyway, we will confess to you that there were some cool things to come up on the charts this week, with our top debut coming from a band newly added to Century Media and another band that is not Tool (sorry, resisting urge to to pine for new album) with a new EP. Take a gander at the charts this week, but first step into our confessions booth and admit to making yet another “Harlem Shake” video that the world didn’t ask for.

Buckcherry have put out their first release on Century Media and tops the metal charts for this week. Fun fact: the band wanted the album art to “encompass the subject matter of the record in an image that’s cool enough to be tattooed.”  You can be the judge of that.

It’s not a new Tool album, but it is Maynard James Keenan. This EP has some covers of classics like “Bohemian Rhapsody” and “Ball To The Wall”. It’s got a good start for an EP.

New York death metal titans are back with album number seven. We’re just happy to see these guys on the charts.

While Steven Wilson is best known as the frontman for Porcupine Tree, he’s made a name for himself with his many other projects, especially his solo work with album number three.

It’s been about five years since Shai Hulud’s last album, and soon they’ll be out on tour with Thy Will Be Done.

Album number three from the supergroup featuring Sevendust guitarist Clint Lowery among others. Actually, does a band with members of Skrape, Virgos Merlot and Stuck Mojo count as a “supergroup?”

The band’s first release with Relapse recieved praise from our own Chip McCabe.

I think these guys missed an opportunity to title the album “Foot Up Your Ass” with Kurtwood Smith on the cover.

This is in the same chart position as last week.
Led Zeppelin, Celebration Day (Atlantic) #71, 4,475 sold

Looks like the Afterman overshot his descension this week.

Black Veil Brides, Wretched and Divine: The Story of the Wild Ones (Lava/Universal Republic) #115, 3,475 sold

What kind of “wild” are we talking about? Like “girls gone wild” kind of wild, or The Wild Thornberrys kind of wild?

This is holding the same chart position as last week.

Seeing this on the charts always brightens my day.

Did I already make a House of Gold and Boners joke? Oh well, too late.

What can you say about a gold album that hasn’t been said already?

Unfortunately, sales for this album are being put to the torch, but it’ll likely cross 30,000 sold next week in it’s fifth week.

These guys are about to wrap up their tour with The Used and We Came As Romans.

A second week drop, but good to see this still on the charts.

You know what else never dies? Sales for this album.

This came out almost a year ago, and now it’s back. Not that we noticed when it left.

Oh come on, you didn’t want to name your album The Last Airbender? What gives?

I think this could have used a snappy subtitle like The Bronx IV: With A Vengeance.

The sales will probably keep on coming once Warped Tour comes around.

A small boost for the Crown.

Riverside, Shrine of a New Generation of Slaves (InsideOut) 370 sold

Apparently, this has already gone gold in Poland.

For the record, Genesi isn’t a word. I checked.