Ah, December, when commerce rears its ugly head and retailers actually make some money for once. It’s also a bit of a dead zone for new releases, with greatest hits, anthologies and Trans Siberian Orchestra records selling instead of new records by bands. On that front, only Circa Survive managed to release anything new this past week

Notable Debuts:
Circa Survive, Appendage EP (Atlantic) #199, 3,440 sold
Having just wrapped up a tour with dredg, Codeseven and Animals As Leaders, the post-rock band’s EP has a pretty solid debut.

Kid Rock, Born Free (Atlantic) #13, 63,500 sold
This album will be gold by Christmas. Meanwhile, Limp Bizkit are probably pawning their platinum records to keep the electric company from turning off the power.

Five Finger Death Punch,  War is the Answer (Prospect Park) #137, 5,160 sold
What’s war the answer to? Probably not going to get a good response from a band named after a kung fu movie.

Trans-Siberian Orchestra, Night Castle (Lava Records) #159, 4,300 sold
A 14% increase over last week means that the band’s non-Christmas album will still find its way into plenty of stockings regardless.

After the Burial, In Dreams (Sumerian) 1,000 sold
A steep 74% drop, but still selling a cool thousand while on tour.

Asking Alexandria, Stand up and Scream (Sumerian) 850 sold
Techno? Metal? Metalcore? Hard to say exactly what AA are,  other than popular. They’ve sold over 50,000 in the past year.

Agalloch, Marrow of the Spirit (Profound Lore) 760 sold
Only a 31% drop from last week’s debut, this album is turning up on quite a few best-of year end lists.

Oceano, Contagion (Earache) 600 sold
Not bad, but with about 5,500 sold in the past four weeks, this is proving to be less contagious then their debut.

A Bullet For Pretty Boy, Revision Revise, (Artery) 600 sold
Why do bands have names that are sentences? What happened to two word band names? Or like one word band names? Get off my lawn, ya damn kids!

Killing Joke, Absolute Dissent (Spinefarm) 590 sold
This is their best album in years – no joke! Nearly a 50% drop.

Helloween, 7 Sinners (The End) 580 sold
“Raise the Noise,” a song on this album, ha an epic flute solo. For serious.

Halford, Halford IV: Made of Metal (Metal God) 540 sold
Once Judas Priest retire, it might not take as long for Halford V to come out.

Pierce The Veil, Selfish Machines (Equal Vision) 530 sold
I knew a girl that had her veil pierced…

Bury Tomorrow, Portraits (Victory) 530 sold
Usually when I don’t know anything about a band, I don’t say anything about them. This is one of those times.

Volbeat, Beyond Hell/Above Heaven (Universal) 470 sold
A modest increase, but it’s surprising how not on the radar this band is for a major label release and a band with a big buzz.

Blind Guardian, At the Edge of Time (Nuclear Blast) 350 sold
The power metal band have sold about 14,000 so far. Not bad. 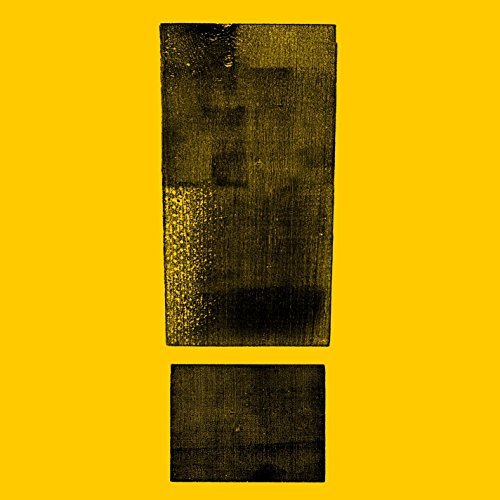