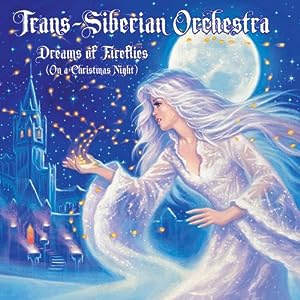 Now that the election is over, we can now be bombarded by Christmas stuff instead of political stuff. And on the East Coast, that bombardment apparently includes snow. In addition to the fact that Mother Nature is being a cold-hearted bitch in the midst of her follow up to Hurricane Sandy, we’ve got a certain orchestra that specializes in holiday music in the top 10 on the charts. We also have some solid chart positions for Flyleaf and Parkway Drive in their first week of sales.

Trans-Siberian Orchestra is back with a five song EP that has done has sold very well in it’s first week. It’s not incredibly surprising considering TSO’s reputation, but it’s still impressive for an EP. Them putting out anything around the holidays is basically like printing money.

The third full-length album from Flyleaf is also the last to feature vocalist Lacey Sturm, who has since been replaced by Kristen May. Despite this, the album still sold over 20,000 in its first week.

Album number four for these Australian metallers marks the best debut of their career so far at number 32. It doesn’t hurt that the album is being hailed as one of the best metalcore releases of the year.

The supergroup debut in the top 50 with album number three.

The tenth album from Kamelot is also the first to feature Tommy Karevik on vocals. It’s an impressive debut for a power metal album.

Cradle of Filth, The Manticore and Other Horrors (Nuclear Blast) #92, 4,550 sold

Album number ten makes it into the top 100. One thing is for sure, it’s filthier outside than on the charts.

This live album that was recorded during Thrice’s farewell tour manages to crack the top 100.

Sludge metal legends are back with an album that has the whole office yelling “IN A SHADOW WORLD”. See the track “At The Well” for details.

It’s unfortunate that the band’s last album has an almost 800% increase as a result of Mitch Lucker’s death.

This band features members of Dokken including George Lynch, but even pairing up with Tim “Ripper” Owens can’t help sales.

I keep getting confused because Carly Rae Jepsen apparently has album out called Kiss, which is also on the charts. Is there anyway Gene Simmons might be able to sue her for that?

*Snort* 69. Sorry, that was the most interesting thing I had to say about this.

Wait – there ought to be a Dethklok holiday album! “Dethmas”? “Hannuklok”? You heard it here first.

A big drop in week two, but, once again, a little tour magic might help to boost sales.

This album is holding steady in week twelve.

This sells about the same as last week on week thirty.

Selling about 22% than it did last week, this isn’t exactly Raiding the charts. Get it, raid?

Continuing to hold steady, this sold almost the same as last week.

Only Rush would have a novelization of their album by Kevin J. Anderson.

Seriously, this album is just embedded in the charts.

The band also has an EP entitled “Blind, Deaf, and Bleeding” featuring covers of punk legends.

The time on this one is slowly running out.

Upon This Dawning, To Keep Us Safe (Fearless) 710 sold

These guys also have great holiday album potential! Christmas In Texas In July? Get it? Get – yeah, I’ll stop.

This legend dropped 29% this week.

Another drop in sales for this album.

This album is listed a Danza IV in some places and Danza IIII in others. Either they’re just wacky or someone doesn’t know how Roman numerals work.

This Or The Apocalypse, Dead Years (eOne Music)  450 sold

Well look what come up from the bottom of the pile with a 209% increase.

No but really, there is NOTHING left to say about this album.

A 12% for these Norwegians.

Yet another album back from the dead and on the charts.

This album sure won’t last on the charts forever.

This album has certainly gone to the vultures.